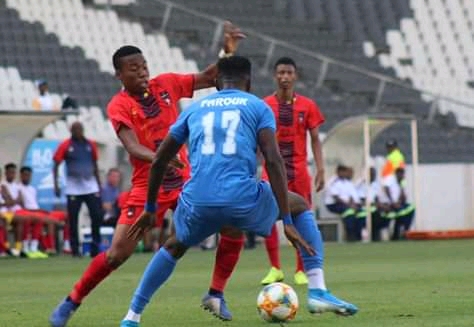 The anticipated oriental derby saw the Aba Elephants having the upper hand over their Eastern Rival for the fight of NPFL title and CAF clubs competition spot.

Rangers International miss so many chances as they dominated the first of half of the game with goalkeeper Theophilus making some saves to deny Rangers the lead.

Few minutes into the second half the People’s Elephant took the lead through Joseph Osadiaye which was Assist by Ibrahim Mustapha as they seek for their Eight NPFL title.

Enyimba will tackle Kano Pillars on Tuesday while Rangers will face Lobi Stars FC in a must win game.