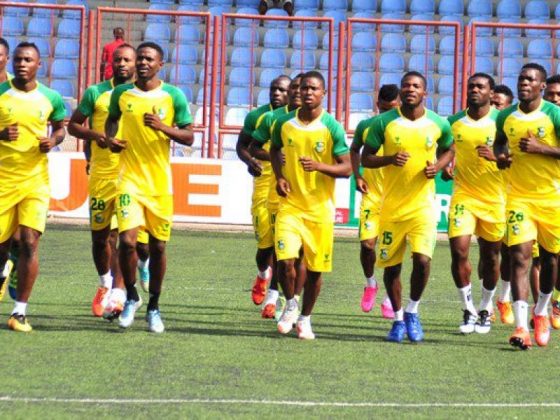 Akwa United comes back twice to held Kano Pillars in a thriller at the Agege Township stadium in Lagos.

Kano Pillars failed to hold on to their lead twice as Akwa United two goals came from heading to hold Pillars on match day one of the NPFL Super Six Championship Playoffs.

Kano Pillars took the lead in the 3rd minute through a defensive error from the Akwa United which David Ebuka took advantage of.

Pillars took the lead again through Nyima Nwagua in the 33rd minute.

Few minutes later Godspower Aniefiok head home a freekick to savage a point for Akwa United as all 4 goals were scored in the first half of the game.

Kano Pillars will face Enyimba in their next game while Akwa United will be against FC Ifeanyi Ubah.