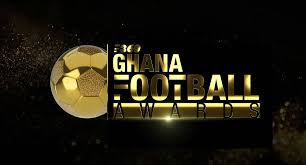 The second edition of the Ghana Football Awards would seek to award Ghanaian football personalities who have been exceptional in their fields under the year of review. Notable among these fields is the Coach Of The Year.

The gaffer for Kumasi Asante Kotoko has been nominated for his exceptional work for the Kumasi based club. In his first season for the Porcupine Warriors, he led them to the CAF Confederation Cup where they beat Kariobanji Sharks of Kenya and Cotton Sports de Garoua of Cameroon in the playoffs.

He qualified the two times African champions to group stages of the CAF Confederation Cup after eleven years. However, they were eliminated in the group stages. By stint of hard work, he led his team to win the tier one of the Normalization Committee special competition cup. Thus, he has qualified Kotoko for the CAF Champions League.

Head coach of Karela United, Johnson Smith has also been nominated. The former assistant coach for Asante Kotoko has been recognized for his work with the Nzema based club.

Upon qualification to the Ghanaian Premier League, he made Karela United a household name in the league before the league was truncated.

Beating Ashantigold SC in the semi-finals of the tier one of the Normalization Committee special competition, he led his team to the finals where they were beaten by Asante Kotoko.

Coach Augustine Evans Adotey led the Black Maidens to the FIFA U 17 Women’s World Cup in Uruguay. The Black Maidens beat host nation, Uruguay in the first game and went on to qualify to the next stage.

They were eventually eliminated in the quarter finals by Mexico on penalties.