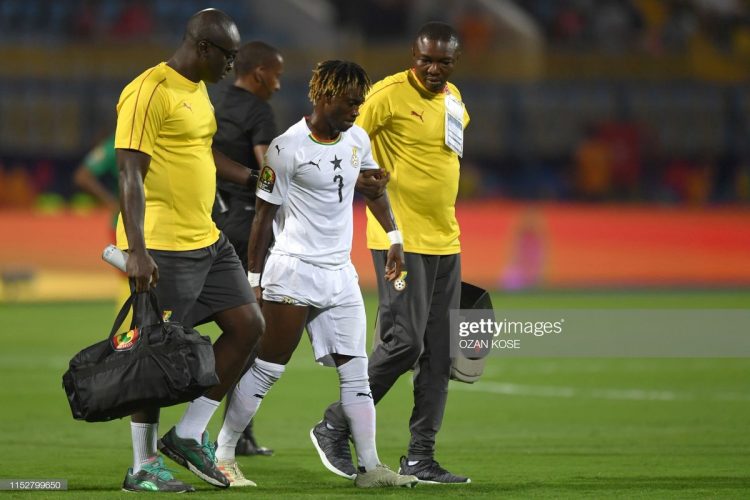 Ghana midfielder, Christian Atsu has been ruled out of the AFCON tournament after sustaining an injury.

The former Chelsea man suffered a severe muscle injury in the early minutes of Ghana’s second group stage game with Cameroon. After shooting towards goal, the Newcastle player went out in the 15th minute.

According to Citinewsroom.com, Atsu was assessed on Sunday where it was discovered he had a severe muscle injury, ruling him out for the rest of the tournament.

Atsu would leave the camp of the Stars in Egypt and head towards his club, Newcastle in England where he would be assessed further.