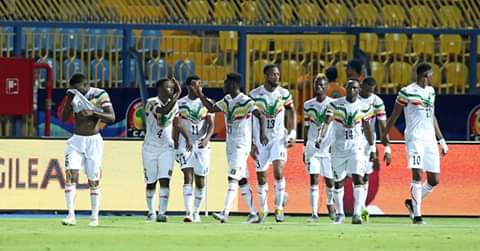 Mali end their group games with a 1-0 win over Angola to top group E as Tunisia drew with Mauritania.

The Eagles of Mali will face Ivory coast in the round of 16 games after finishing as group E winners with a slim victory over Angola.

The Eagles of Mali end their group unbeaten with seven points from from three games, a 4-1 victory over Mauritania and a 1-1 draw against the Cartage Eagles of Tunisia before ending their group games with a 1 nil victory in over Angola.

Tunisia on the other hand finished second without a win, as they drew all their three group games against, Mali, Angola and Mauritania.

They will play Ghana on Monday in the round of 16 for a place in the quarter finals against the winner between Madagascar and DR Congo.

Angola on the other hand crashed out with two points from three games making way for the Bafana Bafana of South Africa to book the last available best losers spot.