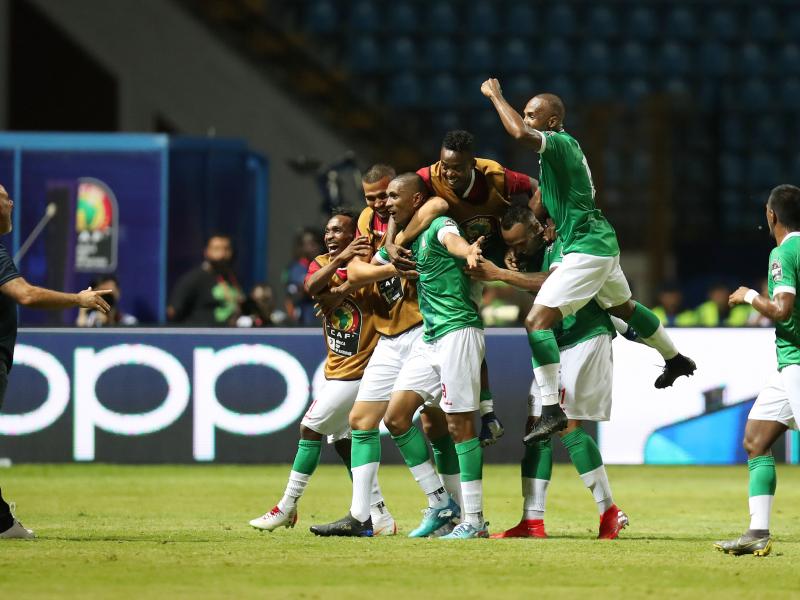 Having slain Nigeria in their last group match, the tournament debutants were high in confidence and ready to claim yet another scalp, and they took the lead inside nine minutes with a fine strike from Amada that found the top corner.

Their lead, however, lasted for only 12 minutes, as Bakambu headed home from close range after a sweet delivery from the left wing by Ngonda Muzinga.

There was little action on both sides’ goal, with the teams trying hard to control the match in the middle of the park.

The referee blew his half-time whistle with no real goal action, as both teams went into the break tied at 1-1.

Madagascar controlled the better part of the second half and went close on numerous occasions as DR Congo seemed stunned.

Ther impressive play and sustained pressure bore fruits on the 78th minute, as 35-year-old Andriatsima headed home from a Romain Metanire cross from the right wing.

DR Congo poured forward for an equaliser, and felt should have been given a penalty in the 88th minute as Bolasie was bundled inside the box, but the referee waved play on.

Mbemba, however, pulled Congo out of the fire with his powerful header on the 90th minute to break the Madagasy’s hearts.

With no much time left to find the winner, the match went into extra time with a 2-2 scoreline.

The two sides could not be separated even after the extra time, with the penalties remaining as the only option to decide the winner.

Madagascar converted all their four penalties, while Marcel Tisserand and Yannick Bolasie missed two penalties for the Congolese team.