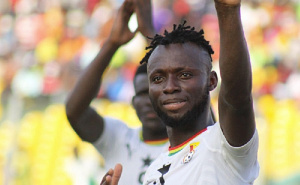 The Black Stars guaranteed qualification to the knockout stage after beating Guinea-Bissau 2-0 in their final Group game on Tuesday.

The result meant the four-time winners top Group F on goal difference ahead of Cameroon who played out a barren draw with Benin another simultaneous kick-off in Ismailia.

Meanwhile, the Carthage Eagles came third in Group E, after picking three points from three games to set up the date with the Black Stars.

The Round of 16 fixture is set for Ismailia Stadium on Monday, July 8.
Ghana are seeking to end a 37-year wait for an African title, having last won the trophy in 1982