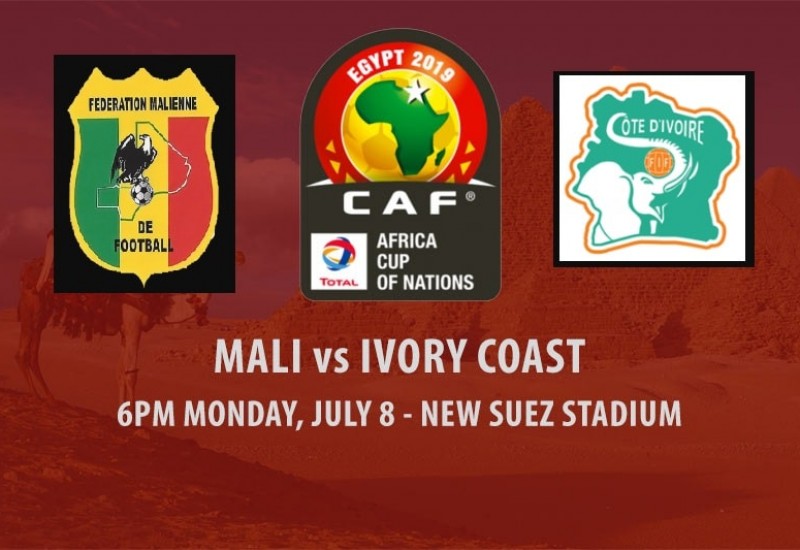 The 1972 Runners-up, Mali lock horns with two-time Champions, Ivory Coast in round 16 fixture at the Africa Cup of Nations at the Suez Stadium on Monday evening.

* Mali has never had a victory over Ivory Coast since they beat them on 9th January, 1983 in International friendly played in Abidjan. That was their Seventh encounter since 1965.

* Mali are yet to have a victory over Ivory Coast in their last 23 matches.

* The 32nd edition of AFCON tournament is Mali’s 11th appearance while it is the 23rd appearance for Ivory Coast, a tally only bettered by Egypt (24).

* Mali made it through to consecutive semi-finals in 2012 and 2013 but failed to progress out of the group stage in the last two editions of the tournaments (2015, 2017) when they existed in the first round without winning.

* Ivory Coast won the 1992 title without conceding a single goal in their five-match campaign, Cameroon did the same thing 10 years later (2002).

* Mali won two matches in securing qualification from Group D, twice the number of victories they recorded in their 11 previous Africa Cup of Nations games.

* Ivory Coast have beaten Mali in three of their four previous Africa Cup of Nations encounters, drawing the other.

* Impressively efficient in reaching the knock-out stages, Mali must now make history if is to advance to the quarter-finals for the first time since 2013.

* Ivory Coast ended the Eagles’ of Mali run at the semi-final stage in 2012 and are undefeated in all four previous encounters between the teams at the tournament.

* Mali began the 2019 AFCON campaign after trashing Mauritania by 4-1, drew 1-1 with Tunisia and won 1-0 against Angola.

* Mali impressed in the Group stages, they went unbeaten after three games thereby finishing on top of Group E with 7 points.

* The Elephants of Ivory Coast finished as runners-up to Morocco in Group D with 6 points.

* Mali midfielder Diadie Samassekou finished the Group stage with more interceptions (10) than any other player.

* Magassouba’s men are the only team to boast a greater number individual goalscorers (six) at the tournament than Ivory Coast’s five.

Mali:
* Mali’s Moussa Djenepo is set to arrive in the Premier League with a reported price tag of £14million, new Southampton signing Djenepo could give Saints fans a whole lot to get excited about if he lives up to expectations in this match.

* Raph Hasenhuttl regards the young winger as “an exciting player with tremendous pace and good finishing abilities,” attributes that have earned two Africa Cup of Nations appearances to date.

Ivory Coast:
* In a squad stacked with a fearsome array of attackers, Toulouse wide man Max Gradel has stood out as the one constant for coach Kamara.

* The 31-year-old, who reached double figures for goals in Ligue 1 last term, held his place while Pepe and Jonathan Kodjia were dropped in the wake of a 1-0 defeat to Morocco, and rewarded the faith by opening the scoring against Namibia.

* Crystal Palace star, Wilfried Zaha and Lille winger, Nicolas Pepe have to narrow their focus amid transfer links to Arsenal and Liverpool respectively and add to the Elephants of Ivory Coast in their aim to qualify to the next stage of the Africa Cup of Nations.