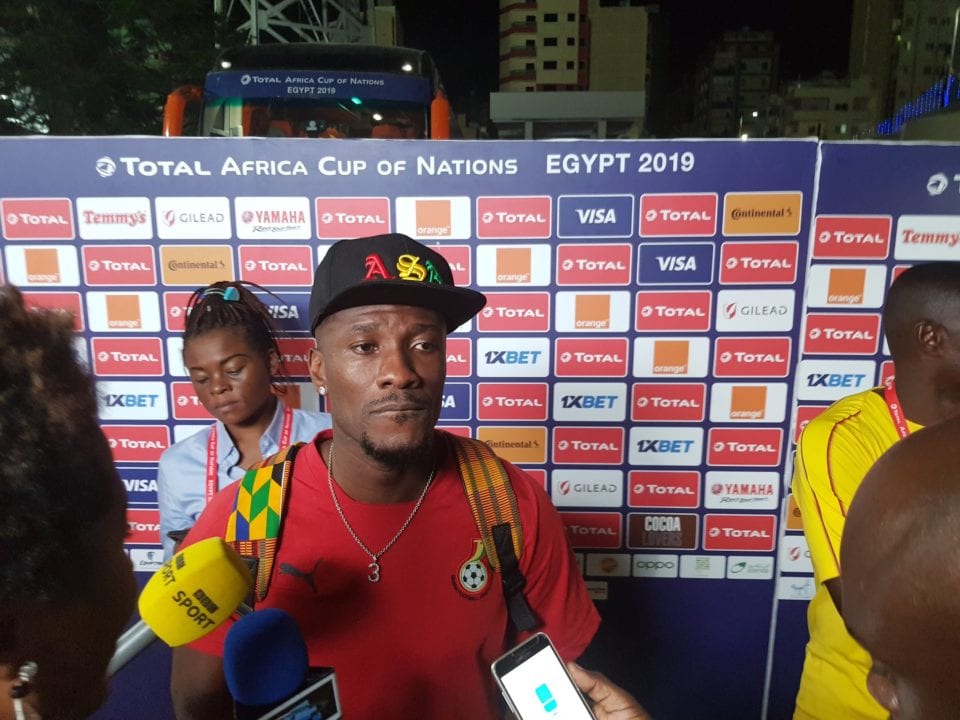 The General Captain for the Black Stars of Ghana, Asamoah Gyan has revealed this could be his last participation in African Cup of Nations(AFCON).

The former Liberty Professionals striker’s comments follows Ghana’s exist from the AFCON 2019 tournament after the Carthage Eagles of Tunisia triumphed over them on penalties.

“It could be my last African Cup of Nations. It could be. I don’t know but it could be” Gyan revealed.

Making his debut for Ghana on 19th November 2003 in a World Cup qualifier against Somalia, Gyan has made 106 appearances for the Stars.

At the age of 17, he scored in his debut appearance for Ghana; Thus, becoming Ghana’s youngest player to score for the senior national soccer team.

The Kayserispor man has featured in 3 World Cups (2006,2010 and 2014) and he is African’s top scorer in the history of the World Cup with 6 goals. In the 2006 World Cup, Gyan scored the fastest goal in the tournament (68 seconds) against Czech Republic at the Rhein Energie Stadion in Cologne, Germany.