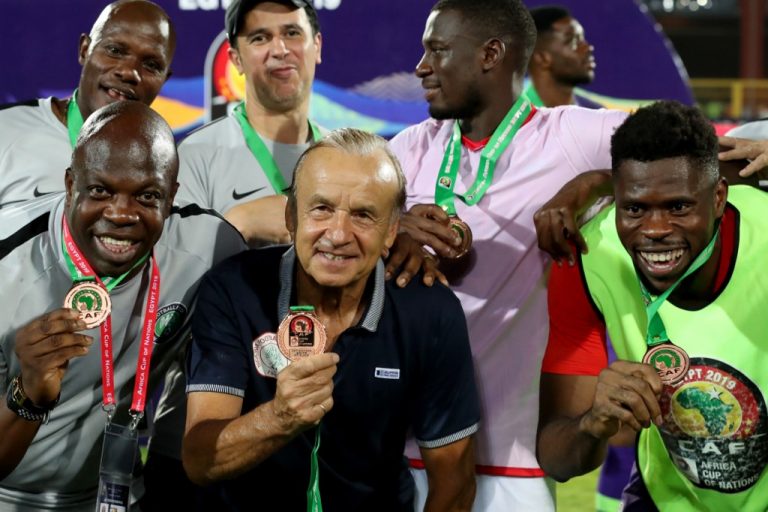 It was a joyous atmosphere at the Al Salam Stadium in Cairo on Wednesday when the Super Eagles won their 8th bronze medal at the Africa Cup of Nations.

A 3rd-minute strike by striker Odion Ighalo was enough to seal a 1-0 victory and earn the Super Eagles a bronze medal.

The players and coaching crew, led by Gernot Rohr took to the podium to take photos, reeling in excitement.

It was Rohr’s first AFCON medal. He won five and lost two of his matches at the tournament.