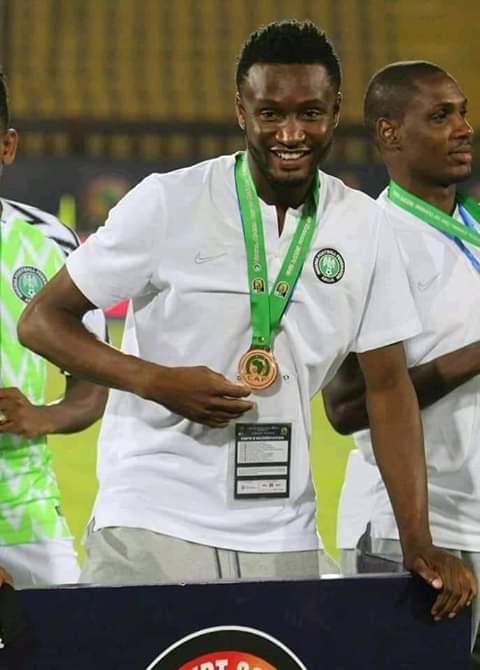 Odion Ighalo and Mikel Obi retired from International football after winning their third place game against Cartage Eagles of Tunisia on Tuesday.

Mikel Obi who captained the dream Eagles to the 2016 Olympics in Rio announced his retirement from the Nigeria national team as making after 89 appearance for the Nigeria Senior national team.

Mikel Obi started his international career for Nigeria in 2005 in the under-20 FIFA world cup where he won the silver ball for the second best player behind Lionel Messi.

Obi make his debut for Nigeria senior national team on 17 August 2005 when he came as second half substitute against Libya in a friendly.

Mikel Obi has scored six goals and 12 assist in his 89 appearance for the Nigeria senior national team.

Odion Ighalo retirement came as a shock to the Nigeria football fans.

The Chinese based striker has scored 16 goals in his 35 appearance for Nigeria and also equal Rashidi Yekini goals record in the Africa Cup of Nations for Nigeria.

The Chinese based players said his retirement is due to the insults from the Nigeria football fans towards him and his family.

The striker once received a threat from fans after missing scoring opportunities during the 2018 FIFA world cup in Russia.