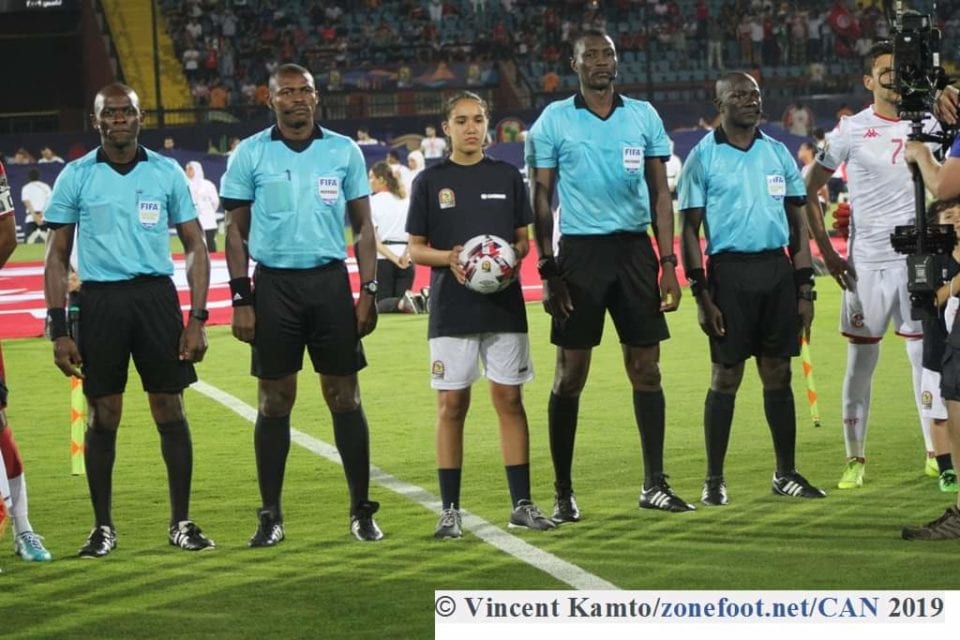 The Confederation of African Football(CAF) announced South African referee Victor Miguel de Freitas Gomes as the referee who will officiate the Afcon final, but there’s a new twist following the appointment of Alioum Alioum.

Confederation of African Football (Caf) has released a list of officials who will be part of the 2019 Africa Cup of Nations final between Algeria and Senegal on Friday night.

SHOCKINGLY, Victor Gomes has been omitted despite earlier reports that the South African referee will officiate the final.

On Wednesday, Caf announced on their social media platforms Gomes will be the man in the middle for the biggest game on the continent.

However, things changed when the football body released the names of officials who will be responsible for the encounter at the Cairo International Stadium.

According to reports, Caf made a mistake by prematurely announcing Gomes as the match referee for the final.

Instead, Cameroonian referee Alioum Alioum with two of his assistant referees in Evarist Menkouande and Elvis Nguegoue – also coming from Cameroon – will handle Africa’s biggest match.

Despite Gomes’ controversial exclusion, South Africa will have at least two representatives at the Afcon final.

It is unclear at this stage whether Caf has apologised to either Gomes or Safa for the wrong communication regarding the referee’s false appointment.