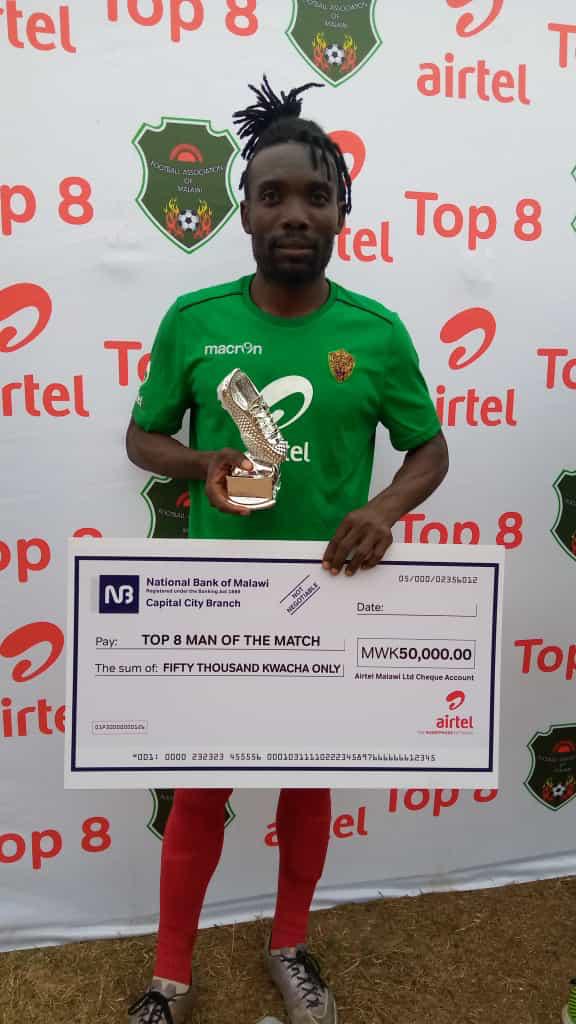 Eric who trades with Masters Security FC in the Malawian league has opted to give back to the society by way of supporting colts football, where talents breed. Not only will he put much time in soccer but has in the pipeline to come to the aid of community schools as in community development. By partnering CEO of NKN YOUTH LEAGUE Ernest Abbey to enlarge the scope of his foundation that begun work in 2017.

Eric Atsigah joined NKN YOUTH LEAGUE in Madina Nkwantanang to give back to teams like Destiny, Top ten football clubs and all Clubs in Madina were he begun his footballing career.

The calm midfielder who has rose to become a household name in the Malawi Super League having been shifted to marshal the defence of Masters Security in a primarily thought, of taking this step is to bring peace and unity among the youths in the community.

Atsigah was approached by Malawi Football Federation to neutralize for the country to make him eligible to feature for the national U-23 team. But he declined.

He is however, hoping to be invited to any of Ghana’s National team.