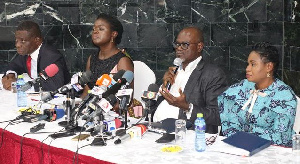 The Ghana Football Association’s (GFA) Normalization Committee (NC) have set August 17 as the date for Congress of the GFA to approve revised statutes and regulations for the football regulatory body.

According to reports, the FA’s caretaker body, tasked by football’s world governing body (FIFA) to review and amend the GFA’s statutes, submitted the revised regulations to FIFA on May 30.

A follow-up meeting was held in Paris last month with the world’s governing body on the sidelines of the FIFA Congress to deliberate on the draft statutes and regulations.

The GFA Normalization Committee have two months left on their mandate which was extended to another six months, after the initial mandate ended in March 2019.