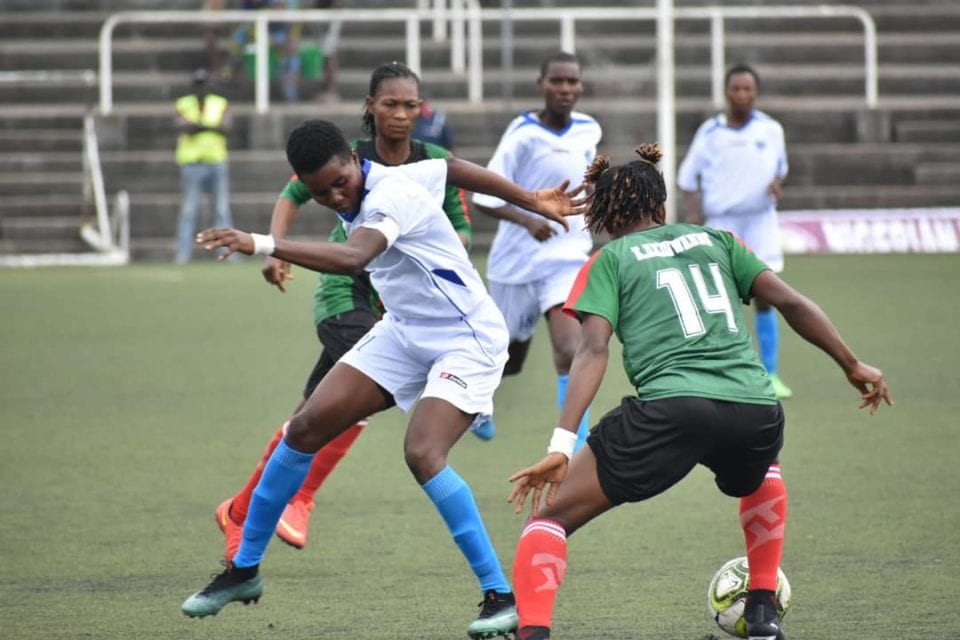 Ibom Angels football club of Uyo picks her first home win of the Nigeria Women Football League as they won Two goals to nil against Abia Angels at the Uyo Township Stadium.

Damilola Koku opened the scoring in the 19th minute to give Ibom Angels the lead.

A good combination from the duo of Blessing Okon and Damilola Koku saw the former lay a chest pass for Dammy to latch home for her second of the evening.

Abia Angels tried to make a come back in the second half but was stopped by the heroics of Ibom Angels and Falocnets Goalie Nelly Ekeh and a formidable defence of Quartet Grace Aaron, Esther Momoh, Oluchi Whyte and Glory Ogbonna.

Meanwhile Confluence Queens picked a point on the road to remain top of Group D with four points as they held Invisible Angels to a one all draw.