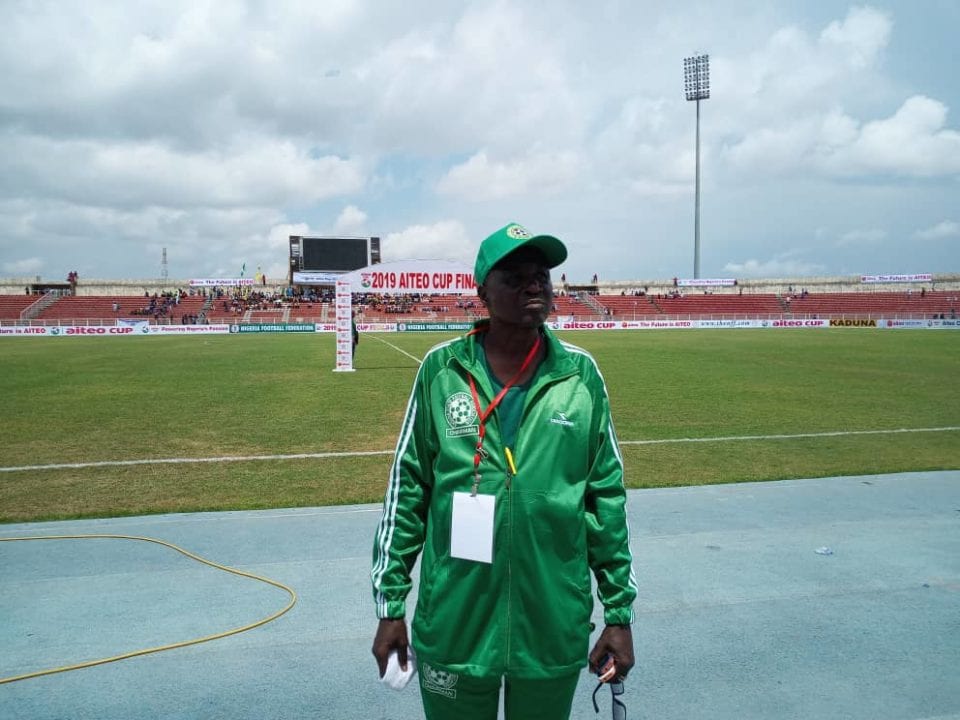 The Kaduna State FA Chairman, Hon. Sharreeff Kassimu has applauded the Nigeria Football Federation, (NFF) under the leadership of Mr Amaju Pinnick, the Nigeria Police Force and other security outfits who made the 2019 Aiteo Cup finals a huge success at the Ahmadu Bello Stafium, Kaduna last Sunday.

He made the assertion when he spoke with journalists and expressed optimism over an improved security arrangement in subsequent matches of such magnitude.

“Let me start by thanking the Almighty Allah for hosting a successful finals despite the little disruption after the final whistle. I also want to thank the football federation President, Mr Amaju Pinnick and his Executive members for giving us the hosting right of the oldest football cup competition in the land.

” I also want to say a very big thank you to the Nigeria Police Force, Civil Defence, Civilian JTF, FA security and other security outfits for a job well done.

“I also want to thank my board members who worked tirelessly day and night to ensure we give our best. The Kaduna State chapter of SWAN under the leadership of Mr Benjamin Isaiah is not left out. They supported and advised us when and where it was necessary. My appreciation also goes to the visiting journalists whose presence in Kaduna added a lot to the coverage of the Aiteo Cup finals.

” Unfortunately, we witnessed pitch invasion after the final whistle, but security personnel on ground were able to put the situation under control. We promise to improve on security arrangements in subsequent matches insha Allah.”

The FA Chairman also commended the organizers of the NLO for picking Kaduna as one of its centres for the promotion and relegation playoffs.

“Let me announce to you that the organizers of the NLO 1 has picked Kaduna as one of its centres for the promotion and relegation playoffs. That means Kaduna is still reckoned with in terms of high profile matches. We promise to provide adequate and effective security before, during and after the match for the visiting teams and their teeming Supporters,” he concluded.