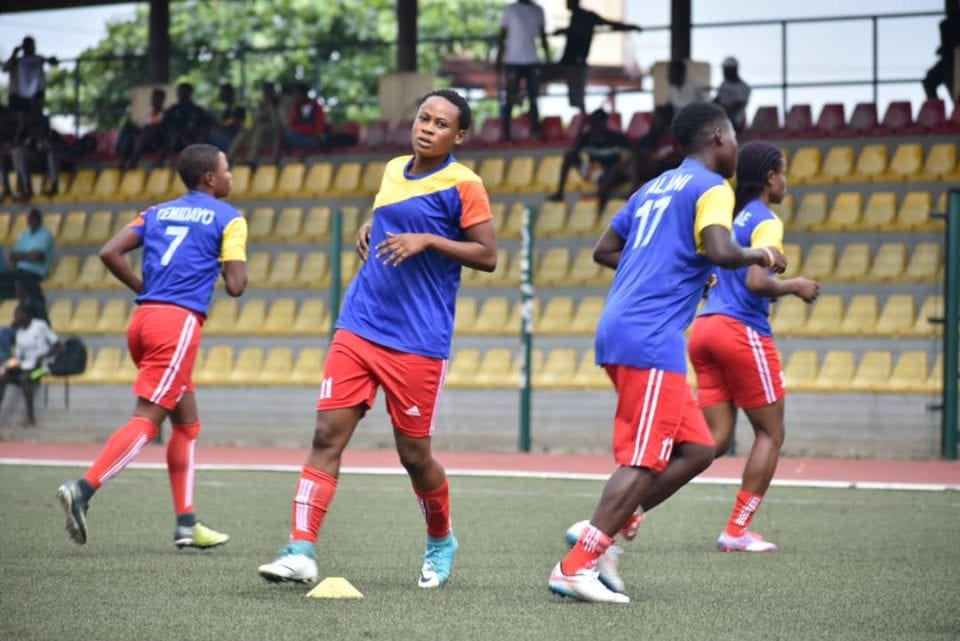 Hot shot Owoeye Temilope scored her maiden goal of the Nigeria women’s premier League (NWPL) match against Visiting Heartland Queens as her team, Edo Queens Continue their fine run to the start of the new season.

Coming in as a substitute in the second half, Owoeye scored a volley in the 72″ minutes to restore priority for her team after visiting Heartland Queens took the lead mid-way the second half.

Speaking after the game The newly signed player from jokodulu babes said she’s destined from childhood to be a world-class player, reaffirming her determination of becoming one of the best players to be seen in the league and the world, promising to do all it takes to help her team get to this seasons supper four

“am really determined from my childhood that I will become the best player in the world” she continued.

Edo Queens will play Adamawa Queens on Wednesday next week

Adamawa defeated Dream Stars ladies of Lagos 2-0 at the Fufore Stadium in Adamawa in other schedule games of the week.