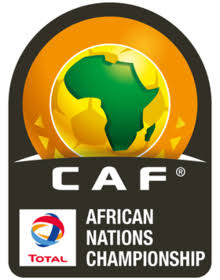 The 2020 Africa Nations Championship has entered the last stage of qualification with countries like South Africa, Angola and Mozambique failing to make it to the next round.

In West Zone A Mauritania eliminated Cape Verde Island 2-1 on aggregate, Senegal bounced back from a first leg defeat to Liberia to beat them 3-0 In Dakar while Mali whitewashed Guinea Bissau 7-0 on aggregate.

In West Zone B Togo beat the squirrel of Benin to book a tie with the home based Eagles of Nigeria.

Uganda hammer Somalia 7-2 on aggregate while Tanzania beat Kenya 4-1 on penalties after both legs end in a barren draw in the Eastern zone.

Zambia came back twice to beat Botswana at the heroes stadium in Lusaka to face Eswatini who knock out Angola through penalties in the final of qualifiers in the southern zone.

The Total Africa Nations Championship (CHAN) is a tournament for players plying their trade in their country league.

The final round of qualifiers will commence 20th September 2019.