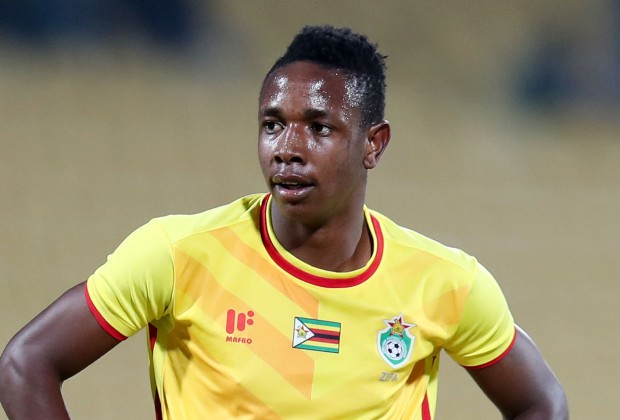 PRINCE Dube put himself at the centre of the story, to score a memorable hat trick at Barbourfields on Sunday to help the Zimbabwe Warriors overcome a battling Mauritius 3-0 and set up a decisive final African Nations Championship (CHAN) qualifier against Lesotho.

The Highlanders forward who has been struggling to find his feet for his club soaked all the pressure that comes with leading the Warriors attack, driving himself to reduce the youthful Mauritius squad to rubbles, with his first hat trick for the Warriors.

He was so ruthless, Mauritius could not resist his fire power.

The hat trick saw, Dube joining an exclusive club of players that have scored a hat trick for the senior national soccer team who include Peter Ndlovu, Shacky Tauro, Agent Sawu and Gilbert Mushangazhike.

The Warriors  will now meet Lesotho in the final qualifier in September after Lesotho bundled out South Africa’s Bafana Bafana in a 3-0 win at Dobsonville Stadium in Johannesburg in the second leg to sail through by a 6-2 scoreline.

The Chan tournament is designed exclusively for home based players.

Zimbabwe came back from behind after the Indian Ocean islanders gave them an early scare with a goal in the fourth minute by Jean Aristide Andrew.

That goal was cancelled by Dube, who packed in a grounder in the 15th minute from outside the penalty box leaving goalkeeper Louis Christophel motionless.

Dube got his second in the 67th minute, nodding the ball past Christophel from a Xolani Ndlovu corner-kick before finishing off the visitors seven minutes before full time with a solo run from his own half shrugging off challenges from the Mauritian defenders before slotting the ball past an advancing Christophel.

“It was a done deal. There was a bit of complacency on our guys after the away win. But it was a fair result for the local-based players, who are the future of the Warriors’ squad. I wanted to give every player a chance and we will keep on changing until we get the right combination. There are some players who gave a good account of themselves,” Gumbo said.

The Warriors started off with two holding midfielders Nqobizitha Masuku and Kelvin Madzongwe against Mauritius, who appeared not to be a threat at all.

The visitors’ assistant coach Kersley Levrai said they are building a squad for the future. “ Most of our players are 17-year-olds. We are preparing for the future. We needed this kind of opposition so as to improve. Congratulations to Zimbabwe and hopefully they go past the next round,” Levrai said.