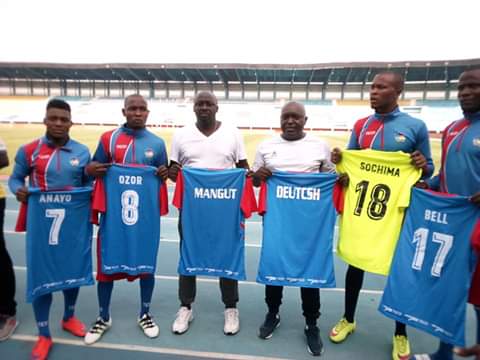 Players of Delta Force Football Club of Asaba have debunked claims of a strike action being peddled by some section of the media. The players who were baffled with the report wondered where the story emanated from.

The Captain of the side Eze Pascal and other players who spoke said the players were happy to be back at the club and were already looking forward to a promising season ahead stressing that the rumors was the handiwork of mischief makers.

They said though there were issues concerning unpaid salaries the management had assured them that the issue would soon be settled ahead of the new season.

They thanked the State Government for the support given them and assured that the players would go all out in the new season to fly the States flag higher even as they have set their eyes on a continental ticket.

They also commended the Executive Chairman of the Delta State Sports Commission as well as the management of the club for attending to their plight and enjoined to make the new season a better one and assured them that the players would not disappoint them.