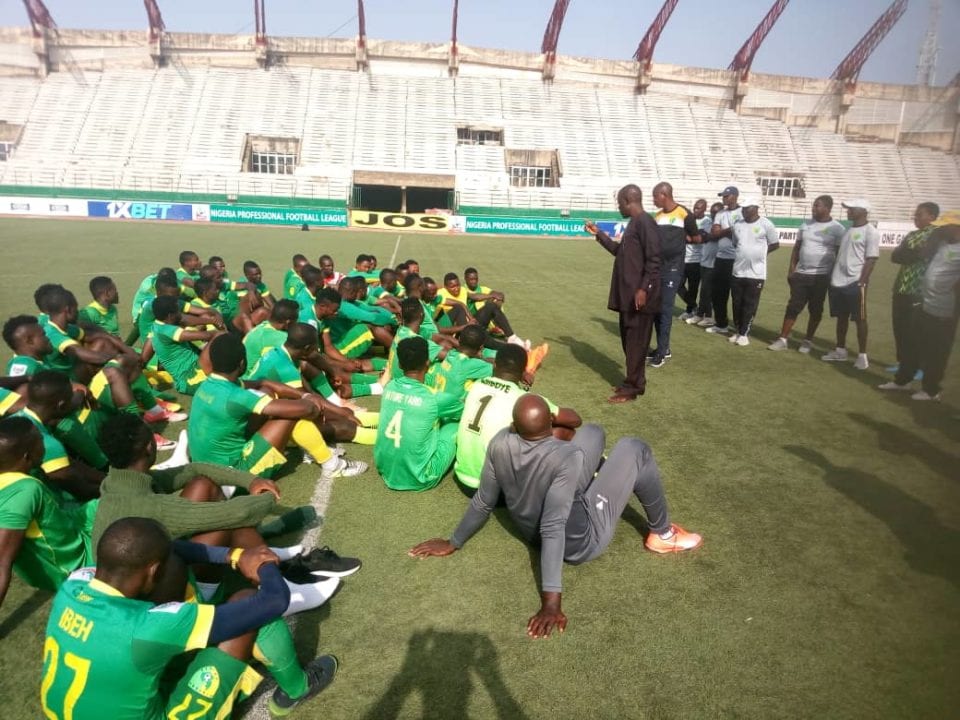 The management of Plateau United Football Club of Jos says its priority is to pick a continental ticket in the 2019/2020 Nigeria Professional Football League season.

General Manager of Club, Pius Henwan stated this while addressing players and members crew at the new Jos stadium, shortly after the team resumption from a seven weeks break.

Henwan explained that with the calibre of players at the team,s disposition, he is optimistic the target will be achievable.

The General Manager warned the players that, there will be no room for complacency as such, any player who who failed to live up to expectations will be shown the way out.

Henwan who expressed regret with the team lacklustre performance last season, noted that there will be no room for experiment as such both the old and the newly invited players who are on trials will be given fair opportunity to prove themselves and player who failed to meet the club expectations, will be dropped.

According to the General Manager “gone are the days where players sit on the bench and collect free money on the bench stressing that henceforth, every players must justify his inclusion by giving hundred percent at all times”

He disclosed that the state government who are sponsoring the team will continue with their obligation of paying the team their entitlements promptly and challenged them to reciprocate the gesture by working hard to achieve the club target.

The General Manager equally appealed to the technical crew not to compromise on standard as they recruit new players to fortify the team, warning that management will not hesitate to drop any of them found wanting in discharging his duties.

It would be recalled that Plateau United narrowly escaped relegation last season after they maintained their top flight status following a hardfought goaless draw against Delta Force in Asaba in the last match of the 2018/2019 season.