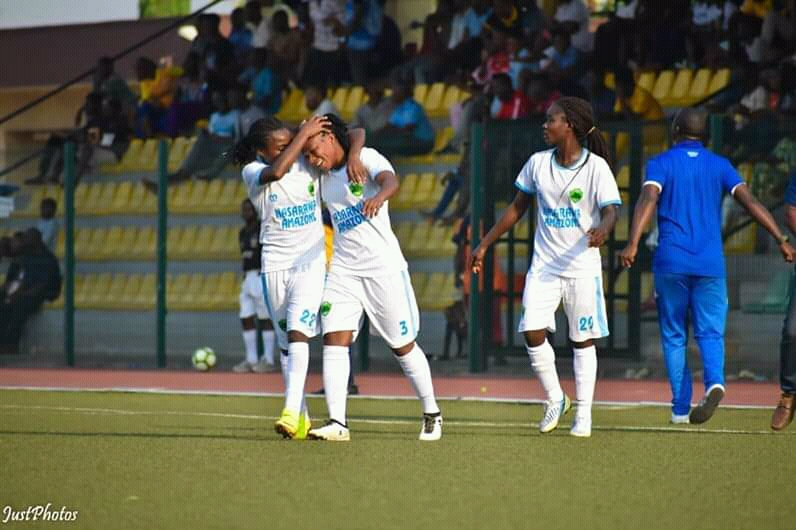 Confluence Queens head coach, Whyte Ogbonda has predicted convincing and outright victory for his side against visiting top-flights, Abia Angels.

The Lokoja landladies are hosts of the Umuahia side in Wednesday’s Nigeria Women Premier League (NWPL) matchday 3 clash at the Lokoja Township Stadium.

The Lokoja side shared the spoils one goal apiece in Gboko with hosts and newcomers, Invincible Angels in Gboko in NWPL matchday 2 clash while the Umuahia landladies were whipped with two unanswered goals at Ibom Angels in Uyo to pave the way for the week 3 matchup.

Ogbonda said his side are hungry and tasty for a first-ever NWPL Super 4 action as well as the podium dance at the end of the on-going top-flight.

“Of course, the teeming fans of Confluence Queens should expect nothing less than total victory as well as a high goal margin in tomorrow’s (Wednesday) clash against Abia Angels.

“We are targeting nothing less than four, five unreplied goals in the encounter that’s not to say we are disrespecting the visitors, Abia Angels.

“The decision to score as many goals as possible in all our matches applies to virtually all the teams.

“First and foremost we want to make the Super 4 cut and goal margin may count at the end of the day.

“We worked very hard to make it up to the podium in the Aiteo Cup but failed the task so we want to make it up with the league crown.

“While at Ibom Angels I fought very hard to secure Super 4 spot for the side to no avail so I’ve taken onerous ambition to Confluence Queens.

“Besides, the team, fans and government are hungry for trophies and we are determined to meet their expectations.

“I’m not being disrespectful to the opponents rather my confidence is hinge on the calibre and quality of players in the team.

“The players are quick learners and ever ready to execute successfully whatever instruction given to them in any task.

“I can say confidently that Confluence Queens are ambitious to achieve a landmark success in this term so they are well prepared mentally and psychologically to unsettle visiting side, Abia Angels for the maximum three points at stake,” said the former Ibom and Rivers Angels coach.

Confluence Queens are atop of the four-team NWPL Group D log on four points one ahead of closest challengers and former side, Ibom Angels.