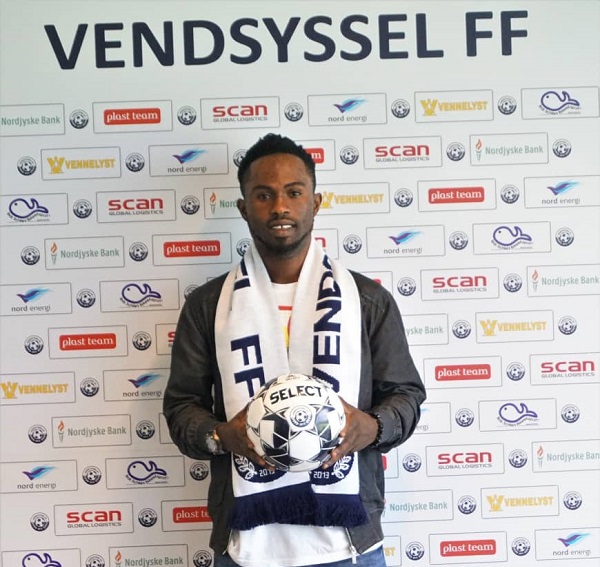 Karela United Attacker, Solomon Sarfo-Taylor has completed his move to the Danish second-tier side, Vendsyssel FF in the ongoing transfer window.

The 21-year-old has joined the Nord Energi Arena outfit on a four-year deal from the Ghana Premier League side.

It was reported earlier that the sharp attacker has signed a pre-contract agreement with Asante Kotoko and was set to join their squad for the CAF Champions League.

The pacey attacker has been selected for the U23 national team matches against Algeria in September, where the winner will receive a seat at the U23 African Cup of Nations.

He gets the number 9 jersey in his new club