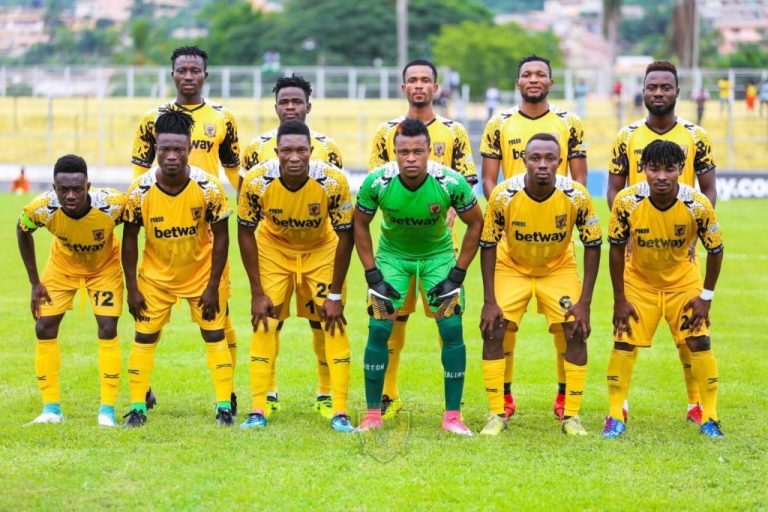 Eric Osei Agyemang gave the Miners the lead just after the break, but the home side equalized through Diosando Mbele in the 75th minute to make sure the game end in a draw.

Ashantigold started the game on top as they look to draw the first blood.

Mark Agyakum came close to break the deadlock but his shot was saved by the goalkeeper.

The home side came close through Mbokani but his shot was saved by Boateng.

Mark Agyakum’s effort was cleared of the line after making an effort from the penalty box .

The home side settled in the game and dominated the last 15minute of the first half, but couldn’t get the breakthrough.

The first half ended goalless.

The Miners took the lead in the 55th minute, Eric Osei Agyemang with an overhead kick in the penalty box to put the ball at the back of the net.

The home team pushed Ashantigold to the limit making the Miners to defend very well.

Diosando Mbele made it 1-1 with a good finish in the penalty box.

Saturnino Eyanga’s came came close to give his side the lead but his free kick went wide.

Despite pushing the for a late winner, Ashgold defended very till the blast of the final whistle.