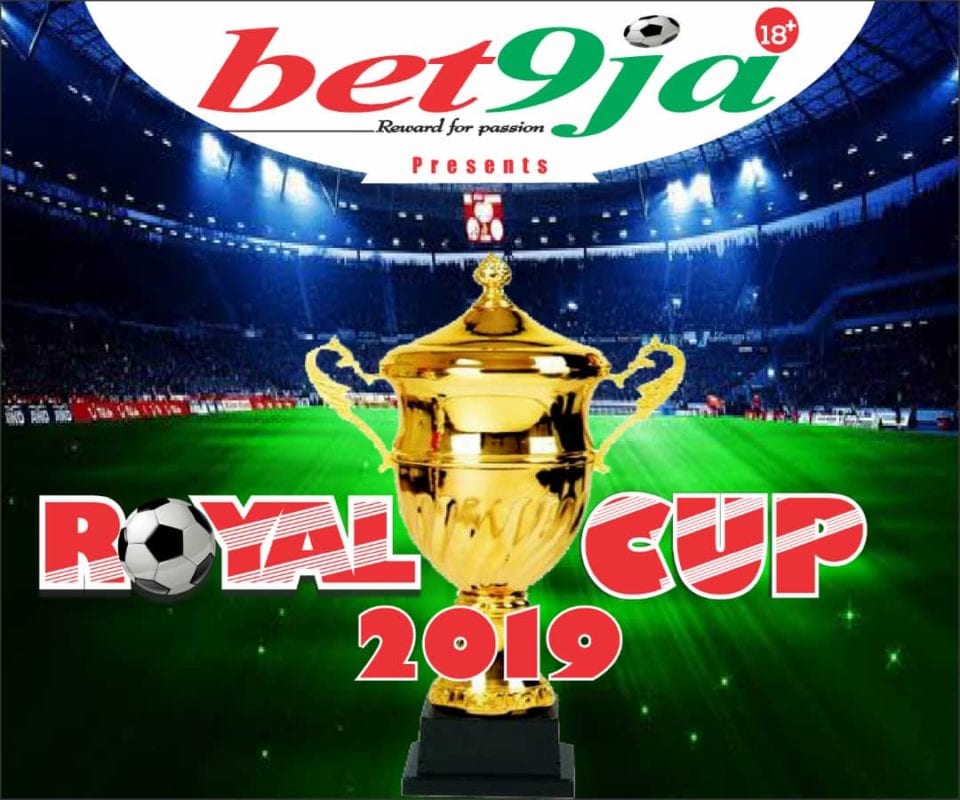 The draws for the 2019 Bet9ja Royal Cup will hold on September 4, 2019 at the prestigious Wellington Hotels in Effurun, Delta State.

This is contained in a press statement released by the competition’s Media and Communications Lead, Jahrock Ujewe, on behalf of the Main Organizing Committee.

The statement says there will be an orientation workshop for coaches and football agents, who will be taking part in the tournament, before the draws proper.

It adds that Messrs Kelvin Omuojine and Henry Abiodun will be the lead speakers at the workshop and will be joined by Myron Topclass Sport Outfits’ Executive Director, Eddie Iseri Ogbemudia, and other seasoned facilitators.

The statement further notes that Omuojine is a legal practitioner with strong bias for sports laws, and will handle the talk on Solidarity Funds and Training Compensation Benefits to Grassroot Coaches, while Abiodun, who is the Director of Coaching Education Football Coaches Association of African Nations, FCAAN, with 31 years of experience at various levels of the game, will deliver a paper on Basic Principles of Coaching, Technical, Tactical, Psychological, Physical Needs of Grassroot Footballers.

According to the statement, the workshop will only be open for coaches of registered teams for the Bet9ja Royal Cup, who will pass through accreditation process to access the venue.

It reminds teams yet to register for the competition to do so between now and August 24th, 2019, when the exercise will officially wind down.

The 2019 Royal Cup is the 13th edition of the grassroot soccer showpiece, which began in 2006.

And this is the first time, teams from all 25 local government areas of Delta State will feature in the tourney.

Qualifying matches for the competition will kick off on September 14, 2019.