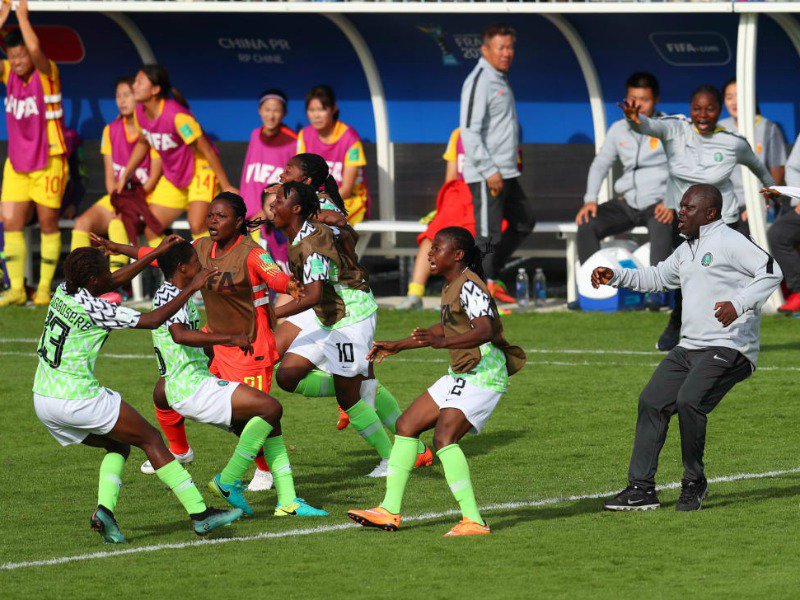 The Nigeria U-20 women football team Falconets begin their 12th All Africa Games campaign with a victory over the Besetsana of South Africa.

Monday Gift open scoring for the Falconets before Zainab Olopade double the lead for the Nigeria girls before half time.

South Africa Lelona Daweti almost reduced the lead few minutes into the resumption of second half as she goes wide following her strike on the near side outside the 18-yard box.

Besetsana also make another attempt on goal in the second half when Chiamaka Nnadozie denied Antonia Maponya free kick in the 68 minutes.

The Falconets makes it three 84 minutes as Cynthia Aku head home a well taken corner kick as the Falconets continue their dominance over the South Africa side.

The Flaconets almost score their fourth but Basetsana survives another attack as the effort goes out for goal kick.

Nigeria will play their second group game on Wednesday August 21 against Cameroon.