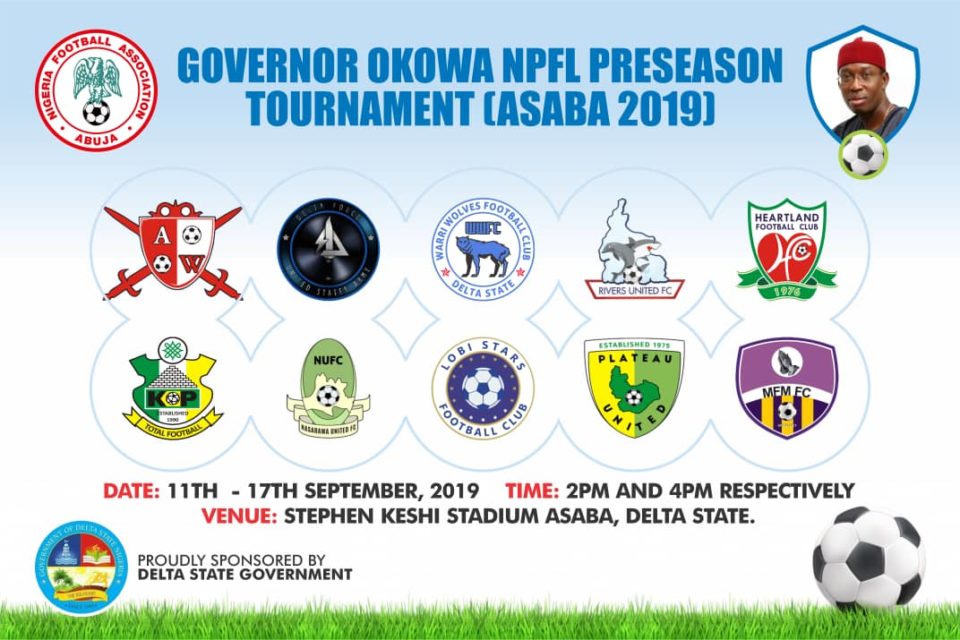 The city of Asaba will come alive as the inaugural edition of Governor Okowa pre season tournament is set to hit town from 11th to 17th of September 2019.

Top clubs in the Nigeria Professional Football League (NPFL) have been pencilled down for the competition.

General Coordinator of the Tournament, Mr Bash Badawir disclosed to Gov Okowa Pre Season Media that the major objective of the event is to help NPFL sides have the best avenue to prepare for the 2019/20 season.

“The aim is to help the sides have the best platform to prepare well for the 2019/20 season, while we hope to see the very best of all the participating teams,” Bash said.

“We already have the full support of His Excellency Governor Okowa, the Executive Governor of Delta state and I believe the good people of Delta will come en mass to enjoy the very best of Nigerian football.

Games will be played between 2pm and 4pm daily at the Stephen Keshi Stadium, Asaba.