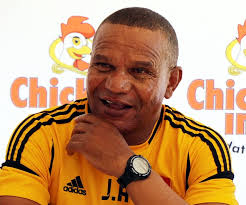 “#Zimbabwe” WARRIORS coach Joey Antipas says they have learnt from the Somalia experience and will treat Lesotho with respect when the two teams clash in an African Nations Championships (Chan) qualifier at the National Sports Stadium on Sunday.

Zimbabwe nearly lost to Somalia, then the lowest ranked team in Africa and were on the brink of an embarassing exit from the 2022 World Cup tournament to be held in Qatar when Khama Billiat rescued the campaign with a beauty strike at the death.

As the home based Warriors now take on the Crocodiles of Lesoth on Sunday, Antipas said while he expected an improved performance from his side, he would not lose sleep if the team played badly but secure a good result.

“The last time against Somalia we didn’t have much time to work together.

This time around, we have had time with the players and they are on top of their game so we are expecting a good game. But what really counts is to win, because as coaches and players there is no bad win in football as long as you win and you get over the line. That is what is important,” Antipas said.

The squad has been in camp for almost a week now; time which Antipas believes is enough to build a solid team that will prevail against Lesotho.

“Preparations for the match have gone well so far, and all the players that we called up are in camp so we have a difficult choice to come up with the final squad.

I feel that we have good quality players in the squad so definitely we are trying to come up with the right combinations. We will have to work harder and try to get to perfection as we go.

Lesotho qualified to this round after dumping South Africa, which could be a warning to the Warriors that they are facing a formidable side.

“Lesotho is a very good side, a team which we cannot underrate. They showed they are good side by getting into this final round after beating South Africa, so a team that beat SA is a strong side.
They have been together for a very long time, they are a team who play together in the all the qualifiers including