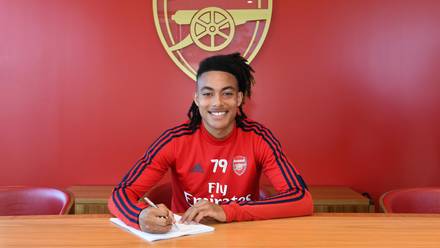 The 17-year-old who joined Arsenal at the age of five and has progressed through the academy ranks after an impressive work ethic which helped him to secure a professional contract.

Miguel who is born to a Nigerian Father, play for the England U17 team and has proven himself at under-17 level, scoring 12 goals in 14 appearances for for England.