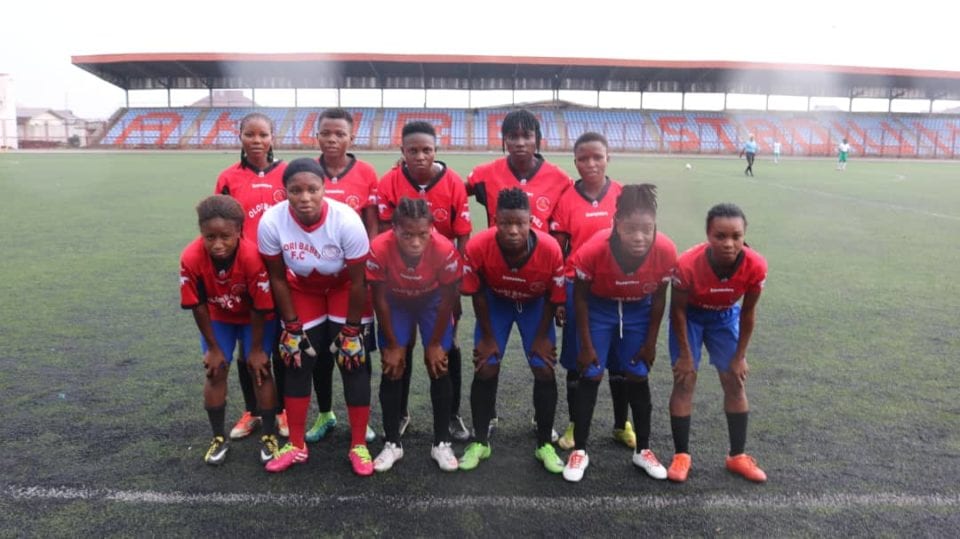 Olori Babes FC will go into the Pro-league promotion playoff knowing full well what is at stake.

The Warri based club will go head on head with the most successful women club in Nigeria, Pelican Stars of Calabar, Police Machine of Uyo and Moje Queens in a round robin tournament in Lokoja for a place in the 2019/2020 Nigeria Women Premier League season.

Coach Abayomi Olorunda who spoke immediately after the team’s training session at the Warri city Stadium said his team is the underdog of the playoffs and they are ready to bring back female football to Warri by picking one of the promotion ticket.

” Well the playoff consists of about four clubs and all the clubs have equal opportunities to qualify to the premier league”.

“But given our pedigree Olori Babes as an underdog will come go out there to pull surprises and possibly surprise all expectations”.

“But the most important thing is we want to bring female football back to Warri because the one we have in the state is not based here, Delta Queens are not based in Warri”.

“Warri used to be the based of female in Nigeria with Ufuoma Babes that’s what we are trying to do”.

“And if we say we are trying to do that, that means we have eighty percent assured that we are gaining promotion”.

No female team in Warri have been able to filled the space of the defunct Ufuoma Babes who won four women league titles but Olori Babes are ready to bring back women football glory to the city of Warri.