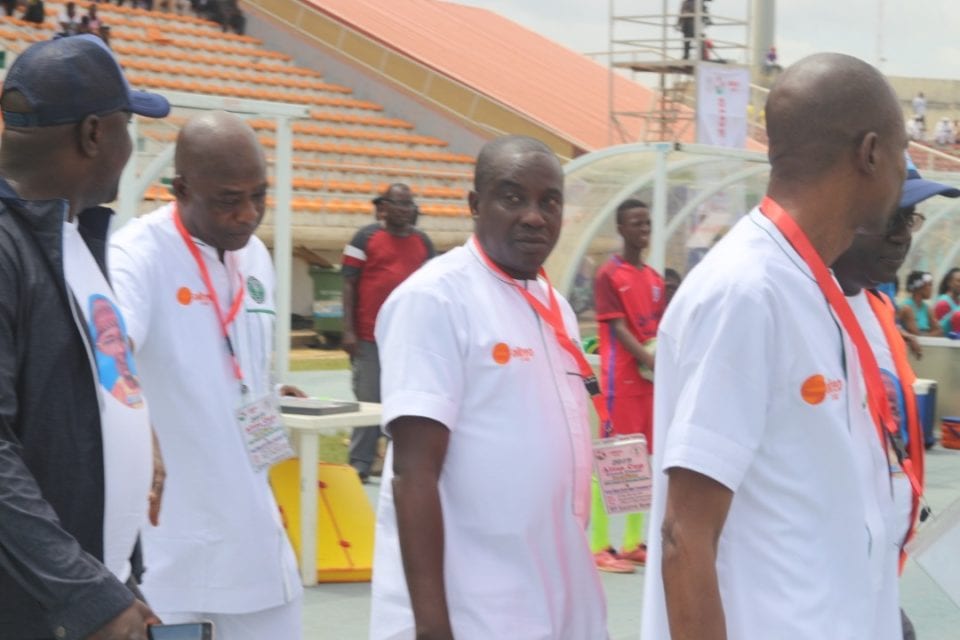 While speaking to the media after the opening match between Water Cooperation Lafia and Winda Force of Nasarawa Eggon the administrator who was filled with joy expressed his heartfelt gratitude to Bet9ja for the partnership.

“Right from the very moment we were able to secure the deal to partner with bet9ja for the 2019 season of the Nasarawa State FA premier league I knew something big will happen in the state and the youths will be the biggest beneficiaries as they will be exposed to a higher level of football, a platform that will expose them different avenues of fulfilling their dreams of playing professional football”.

Bet9ja is brand that is know worldwide and today they made history by supporting the 2nd edition of the league.

“Bet9ja bestowed upon themselves to take care of certain things from the referee indemities to the disbursement of playing materials we gave them the platform to engage the youths so as to keep away from engaging in some sort of social vices”.

The Chairman who also doubles as the Chairman of Nation wide league concluded by appealing to other corporate bodies to emulate the philanthropic step taken by Bet9ja in other to promote sports within the state.

The 2019/2020 edition of the Bet9ja Nasarawa State FA League kicked off on the 26th of September as Water Corporation Lafia defeated Winda Force FC by two goals to one.