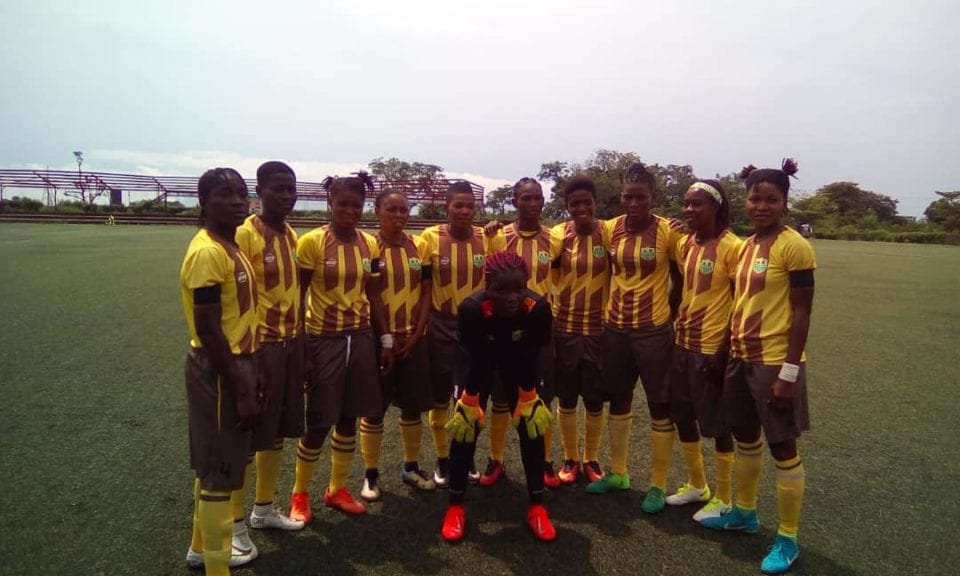 Osun Babes and Dream Stars FC of Lagos retained their place in the Nigeria Women Football league after beating Kaduna Queens and Invincible Angels on penalties in the relegation playoff.

Osun Babes took the lead through Iloduba Sarah in the first game of the day at FIFA goal project pitch in Abuja after Winifred Eyabhoria was brought down in the 18 yard box.

But Kaduna ladies fight back few minutes later to levelled up and take the game to penalty shoot out as the Osun based club cruise to victory by winning 4-3 on penalties.

The second game of the day saw Invincible Angels going down to the lower division despite getting a late equalizer against Dream Stars Ladies of Lagos.

The Gboko based club missed two of their penalties kick as Dream Stars ladies convert four of their five penalties to remain in Nigeria women football league.