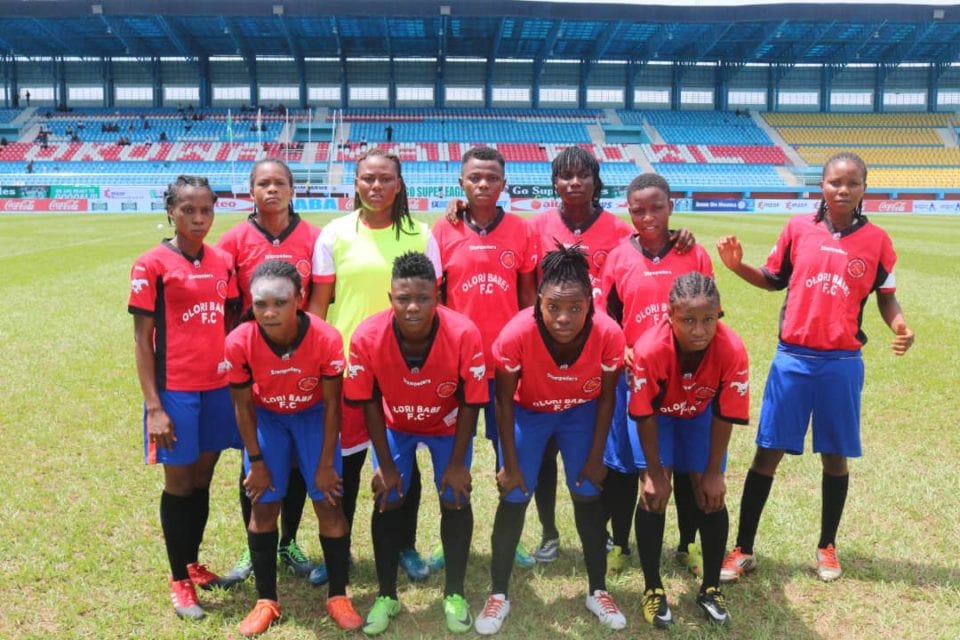 Olori Babes FC of Warri are set to depart for Lokoja on Sunday October 6 for the Women Football League Pro-league Promotion Playoff.

The Women Football League Pro-league Promotion Playoff which was earlier scheduled to hold from October 3 to 7 was postponed due to the death of two Police Machine FC players.

The Warri based club after their last training session on Saturday morning are optimistic of picking one of the two promotion ticket and bringing top-flight football back to the city of Warri.

The club which will be parading players like Peace Paul, Chioma Olise, Chika Idika and Alake Rahinat will hit the road early on Sunday morning to Lokoja where the Promotion Playoff will take place.

Olori Babes FC will battle the likes of Pelican Stars, Moje Queens and Police Machine in a round robin tournament at the Confluence stadium for a promotion ticket to Nigeria women football league.

The women Pro-league is expected run from Monday 7th to  Friday 11th of October.