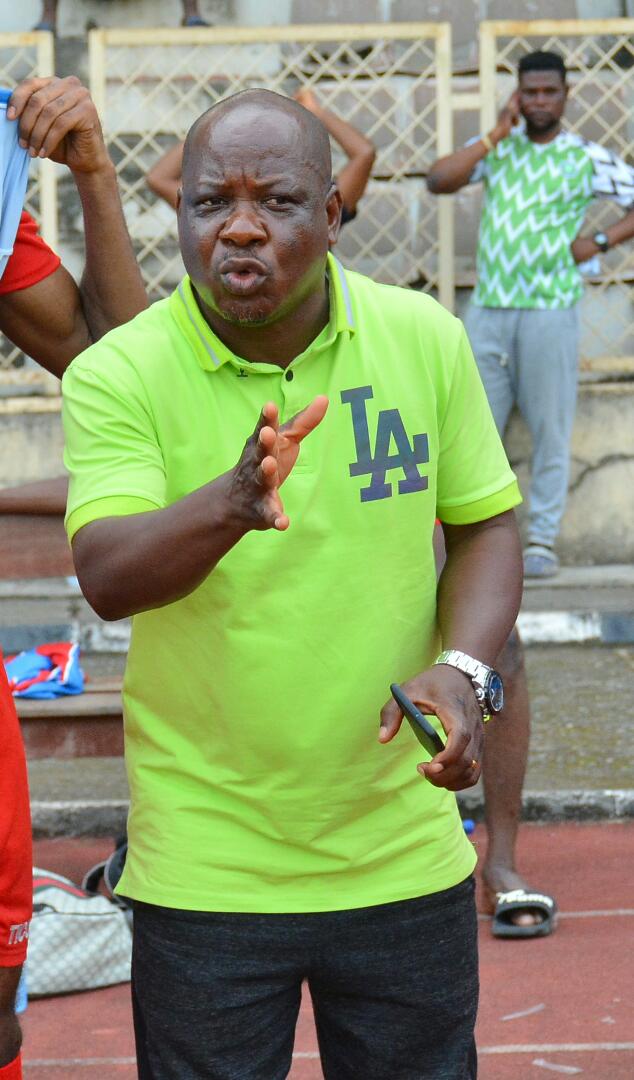 2019/20 NPFL: Warri Wolves’ Ex-players Charged to Rally Round the Team

The Chief Executive Officer of Warri Wolves FC, Moses Etu, has charged ex players of the team to rally round the team as the 2019/2020 Nigeria Professional Football League, NPFL, season kicks off with a titanic match against Akwa United on Sunday at the Warri City Stadium.

Etu, who brought the Seasiders back to the elite league after four years in the Nigeria National League, NNL, made this known while addressing the ex players in a meeting on Monday after a friendly match with the present crop of players in the side.

According to Etu, he was very delighted that they have joined the like of Rangers International and urged them to offer useful advice to the management and the Coaching crew in a bid to move the club forward.

Etu stressed that the task ahead is enormous and will require the assistance of every stake holders to remain in the Premier league.

” Like I told fans on the day we made it, we have come to stay,” said Etu.

“I congratulate all the ex players for coming together. We will always open our door for constructive advice and I want to appeal to you to rally round us. We have come to stay and every stake holder must support the club starting from the match against Akwa United on Sunday.”

Etu used the opportunity to commend Governor Okowa for his love for Sports, assuring him that the club will not let him down.

Warri Wolves will begin their campaign in the new NPFL campaign with home clash with the Promise Keepers, Akwa United, by 4pm on Sunday, November 3, 2019.