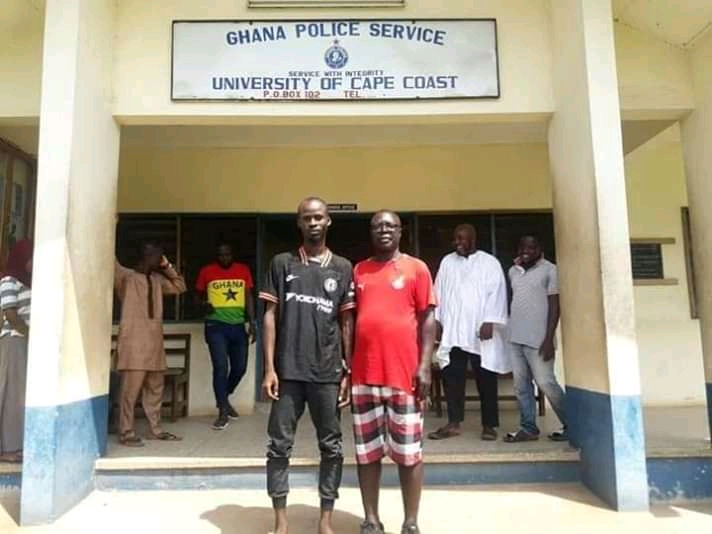 The football supporter who held the Ghana and South Africa match for close to five minutes after invading the pitch has been granted bail.  Awal Suleman, 25, has been in police custody since Thursday.     Police in the Central Region have served notice he will face prosecution.  Selfie  Suleman has explained that he did so to grab a selfie with his idol, Thomas Partey.  Suleman who was in police custody Friday morning at the University of Cape Coast Police Station and was being processed for court said he wanted an opportunity to take a selfie with the Atletico Madrid midfielder.  He is to be charged with disturbing public peace.  He told Joy News that he missed opportunities to take a photograph with Partey when the Black Stars team made stops in the Cape Coast township before the match.  “I like the way he [Partey] I just wanted to have a picture with him and the opportunity I would get is on the field of play and that is why I went there,” Awal said in a radio interview monitored by Graphic Online.  He has since been granted police enquiry bail.  His cameo on the pitch in the dying embers of the game proved to be a captivating climax to the match. Some social media users were especially intrigued by the pace he displayed when he made his way onto the pitch.  His evasive manoeuvres resulted in a security officer who was among a horde that were hot on his heels tripping over.     Suleman who is a Nursing student at the Nalerigu College of Nursing in the Northern Region confirmed that he was an athlete during his time at Senior High School (SHS). Graphic Online gathers that he was a 400m runner at the Apam SHS.  Ghana won the tie courtesy goals by Partey and substitute Kudus Mohammed.