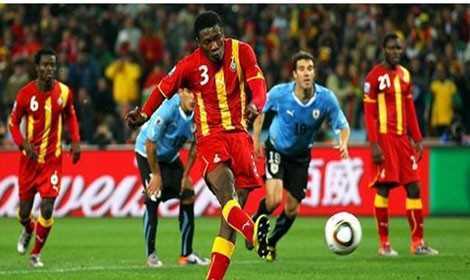 Ghana has barely had any smile whenever it comes to penalties with some people ascribing to the fact that we have been cursed.

First the team lost to Ivory Coast in the semi finals and also lost to South Africa in the third place play off.

According to statistics gathered Ghana has only converted 65% of all penalty kicks we have been involved in.

In order to help address our penalty, woes the new GFA has come up with an innovative idea when the various leagues start on the weekend of 26-28th December 2019.

FA Executive Committee have agreed with clubs across all the leagues to adopt penalty kicks to award points in case of drawn games in the leagues.

This is one of the many measures to address Ghana’s abysmal penalty record in competitions.

[Uganda] Tom Ikara opens up why he did not sign for either Viper Sc or URA FC.