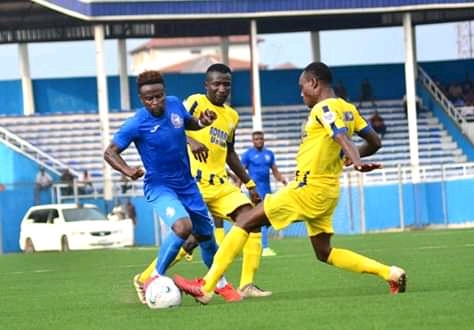 Enyimba and Rangers International will begin their campaign in the CAF Confederation Cup on Sunday.

Enugu Rangers will be at home to Pyramids FC of Egypt who arrived the shores of Nigeria on Thursday.

Enugu Rangers with their poor run on the Nigeria league which led to the sacking of their coach as former CHAN Eagles coach, Salisu Yusuf has been drafted take charge of the team against Pyramids on Sunday.

The flying Antelope during their campaign in the CAF Confederation Cup last season failed to pick a point at home against the North Africa clubs but the Antelopes are ready to start their group campaign on positive note after the appointment of a new coach.

While Rangers will be at home on Sunday, Enyimba will be away in Morocco against Hassania Agadir.

The NPFL champions are set to surpassed their 2017/2018 season where they crashed out in the semi finals.

The Aba Elephants arrived Morocco on Friday and will take on Hassania Agadir on Sunday night in the first group game of CAF Confederation Cup.