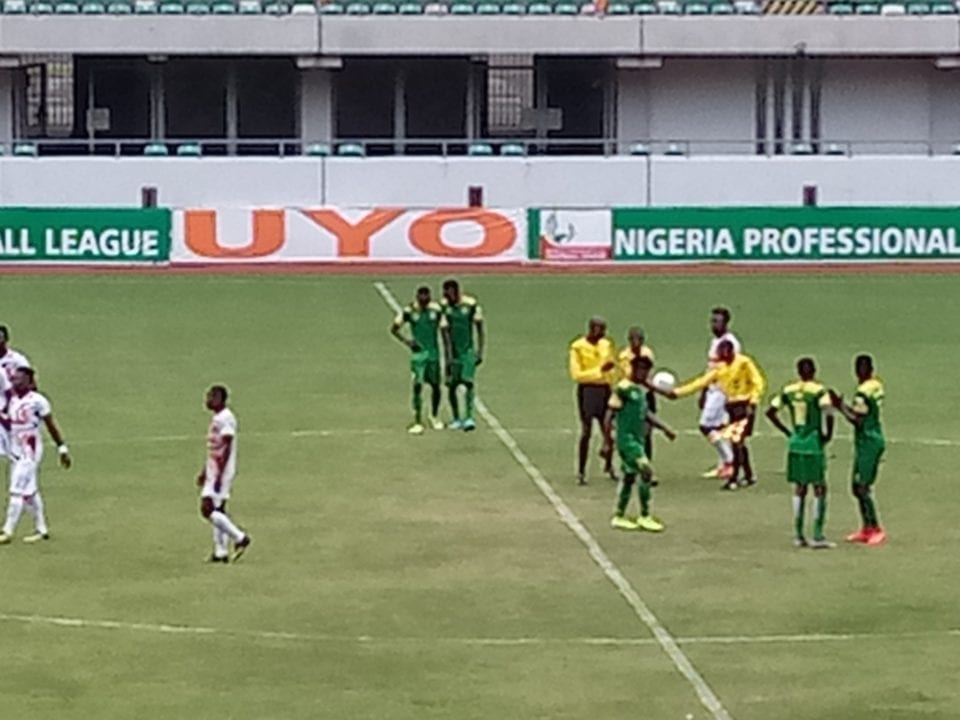 Kano Pillars end Akwa Starlets unbeaten run and record their first win of the season with a 2-1 victory in Uyo.

Two goals from Nyima Nwangua was all Sai Maisu Gida needed to move out of the the relegation zone.

Kano Pillars Football on Wednesday December 4th register their first win of the 2019/2020 Nigeria Professional Football League season with a 2-1 against Akwa Starlets at the Godswill Akpabio International in Uyo.

Nyima Nwangua scored Kano Pillars first goal of the season with a counter attack assisted from the captain Rabiu Ali in the 27th minutes.

Akwa Starlets levelled up 15 minutes to the end of the game through Moses Effiong but it was Kano Pillars who walk away with all maximum points as Nyima Nwangua scored his second goal by assisted by Rabiu Ali.

Kano Pillars moved from 19th to 15th on the log and will at home to Delta Force on match day seven while Starlets will be away to Abia Warriors in Umuahia.