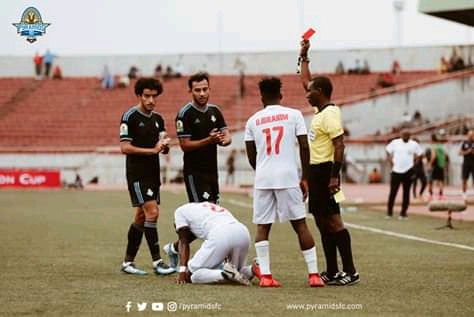 Enyimba and Rangers are set to bounce back to winning ways after their match day one defeat to Hussania Agadir of Morocco and Pyramids of Egypt in the CAF Confederation Cup.

Enyimba of Aba will play host to San Pedro FC of Ivory on Sunday at the Enyimba International in Aba.

The people Elephant have a disappointing 2019/2020 CAF Confederation cup campaign opener with 2-0 loss against Hussania Agadir at the Stade Adrar in Morocco while San Pedro FC where held to goalles draw by Paradou AC as coach Abd’Allah is confident of his side coming victorious on Sunday.

“The players have understood that there’s a lot of task ahead of us,” the gaffer noted.

“We’ve spoken to them about the loss (against Hassania) and we all understand the situation we are in and you can see the attitude in the training ground is positive.

“We’ve been training very hard and the response is quite interesting from the players. I’m happy with their response and their attitude in training.”

San Pedro themselves did not impress on the opening day, playing out a scoreless draw against AC Paradou in Abidjan; and Abd’Allah believes the situation can fire up the Ivorians for their trip to Aba.

“This competition is always about winning and everyone is gearing up to qualify for the quarterfinal. And we’re expecting them to come very strong that is why we’re not leaving any stone unturned; that’s why we’re not taking anything for granted. We are working hard to see that we counter whatever they come in with.

“The main goal for Sunday is to get the three points first. If it comes with some bonus of goals it will go a long way, but I think the three points is very important to get it so that we can set ourselves in the race.”

The match at the Enyimba Stadium is fixed for 2pm

Enugu Rangers will travel to Alexandria Egypt after a disappointing opener against Pyramids FC at home.

The Flying Antelope will face Al Masry another Egyptian Club in Alexandria on Sunday as they seek to end their poor record against North Africa Clubs.

Rangers are placed bottom of group A after a 3-1 loss to Pyramids FC.