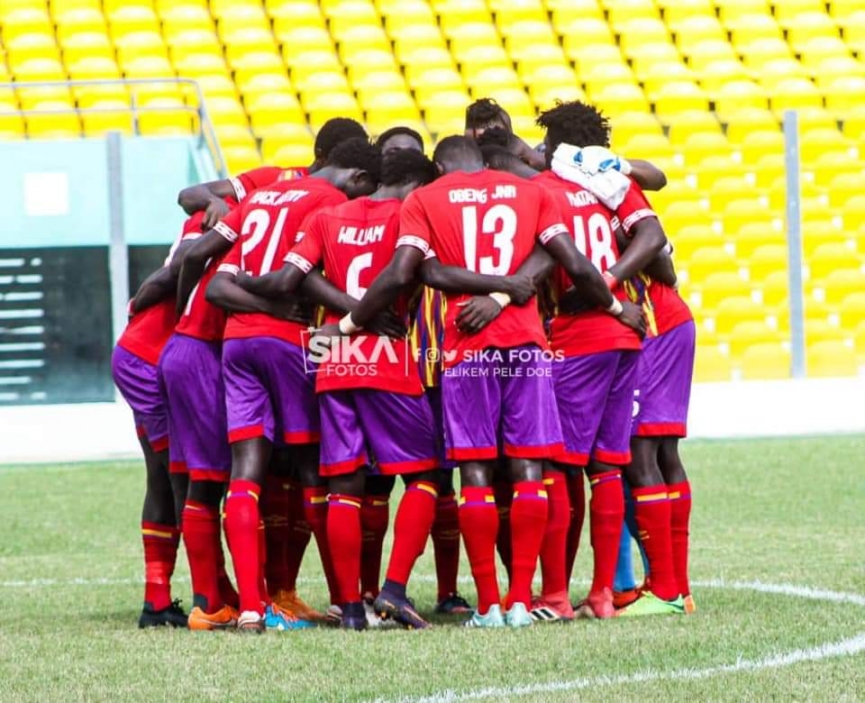 Kim Grant has given an indication of Hearts’ plans in the transfer market as the new Ghanaian football season beckons. Instead, with key players tied down and unlikely to be poached, the manager wants to focus on keeping and developing the players already at his disposal, as the club continues the search for silverware.
The Phobians have all the ingredients within their squad to compete with a lot of the big players and here is where we believe Kim Grant can strengthen this ever-improving side in order to solidify themselves among the pack.

Despite impressing throughout last season, the Phobians did fire blank on some occasions. Hearts had the likes of Joseph Esso, Manaf Umar and Christopher Bonney scoring most of their goals. Sadly, none of the of the aforementioned names is a striker and so it is obvious to see why the final third is an area high on the list of priorities for Kim Grant.

Kofi Kordzi, Abubakar Traore and Kojo Obeng Jr. fluffed their lines when granted the opportunity to lead the line for the Phobians. The Phobians may consider taking another glance at the market if there’s anyone available who could fit Grant’s systems. They shouldn’t limit their search to the shores of Ghana but must transcend the borders to recruit one.

James Akaminko, Justice Blay, Elvis Opoku and Michael Sefa, what do these guys have in common? The ability to grab a game by the scruff of its neck.

Okay, so no disrespect to Benjamin Afutu but maybe he’s not at that level, however, he is a midfielder with an excellent engine and certainly has the ability to boss a game when he wants to. It took a lot of time for the former Karela man to find his feet with the Phobians so this could be the perfect opportunity to make all believe in his prowess.

Despite having Aminu Alhassan, Hearts have no real contender to fill Afutu’s boots if he gets injured, much like Asante Kotoko with Justice Blay.

Since the engine room plays a vital role to the success or failure of a club, the addition of another volante who can lift the team when things aren’t going well could propel the club to greater heights. This is particularly important with Grant’s preference to use systems with a holding midfielder, notably 4-3-3 and 4-3-1-2

Okay, it could be argued that Hearts already have their fair share of magic among the midfield with Manaf Umar, Daniel Kodie and Benjamin Afutu, but they do lack a real goalscoring playmaker in their ranks.

As touched on in the striker department, goals haven’t come in abundance for the Phobians and a hot shot midfielder to take a bit of weight off the forwards’ shoulders could really take this side to the next level.

A player such as Elvis Kyei Baffour, considering his position, age, potential and goal-threat, would be a much more useful proposition.

Looking at the Hearts squad for next season, as long as there is no surprise departure, they have three wingers (Fatawu, Sarpong, Quayson and on some occasions Obeng Jr). If they really want to assert dominance again next season, and to challenge Asante Kotoko, the last gap necessary to plug would be a winger.

Luckily for the Phobians, Elmina Sharks’ Benjamin Tweneboah and former star Patrick Razak are available on the market. We know Tweneboah is more than capable of producing game changing moments week in, week out for his side. Razak on the other hand has hit a bit of rough patch, expect him to come back firing if the Phobians will grant him the opportunity to reunite with them.