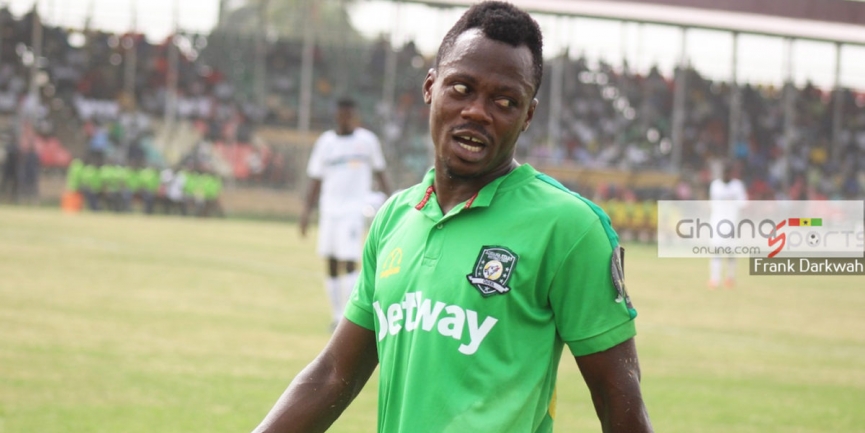 The midfield dynamo has completed his switch to the Porcupine Warriors ahead of the upcoming season, Zonefoot. Net can exclusively confirm.
Former Aduana Stars midfielder Sam Adams has officially inked a deal with Kotoko after a fruitful negotiations.

Zonefoot. Net can exclusively confirm that the 30-year-old penned a two-year deal with the ‘Kum Apem’ lads at the club’s Secretariat on Monday.

He is joining Kotoko as a possible replacement for Jordan Opoku who left the club last month.

Adams was a member of the Aduana Stars squad that won the Ghana Premier League title during the 2016/17 season.

He scored twice in his 14 appearances for Aduana Stars in the 2018 Ghana Premier League season which ended abruptly.