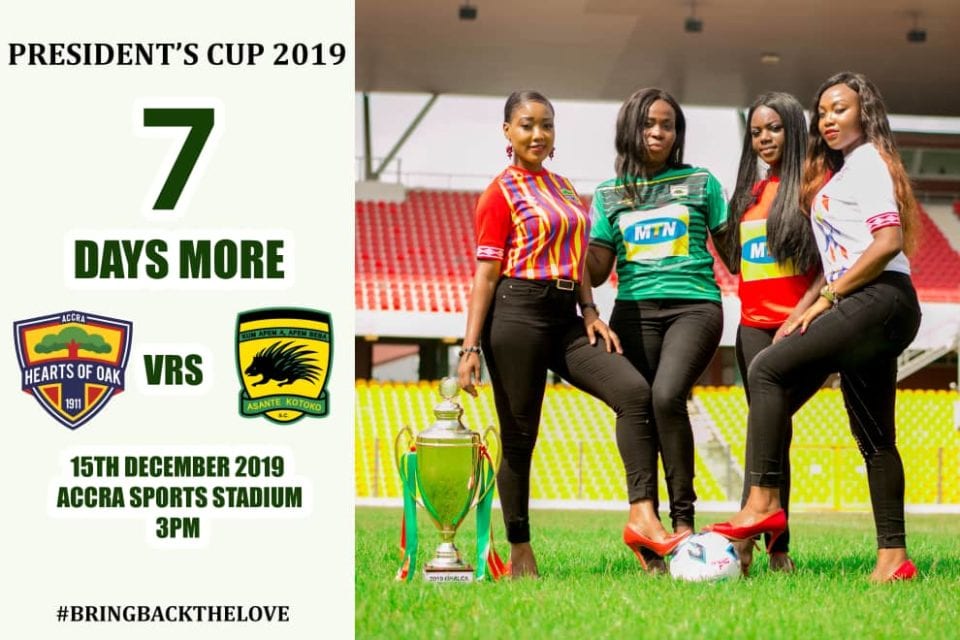 The Clash between the two most glamorous Ghanaian club’s, Kotoko and Hearts of Oak SC has been rescheduled for play, Ghanasportscenter.com can confirm.

The two giant’s were fixed to honor the 2019 President Cup, however there has been changed of program as date postponed.

Hearts of Oak SC were expected to host ark rivals Kotoko at the Accra Sports Stadium on Sunday, December 15 2019. But has been rescheduled to be played come December 22, 2019 having failed to honor the game last month in Kumasi due to heavy rain.

Speaking on the postponement was Public Relations Officer (PRO) of the President Cup, Patrick Akoto on  Ghana- Kumasi Base Station Light FM.

The game will no longer be played in Accra rather at the Baba Yara Sports Stadium, Kumasi.

In a related story, the New Ghana Premier League will kickstart on December 27-29