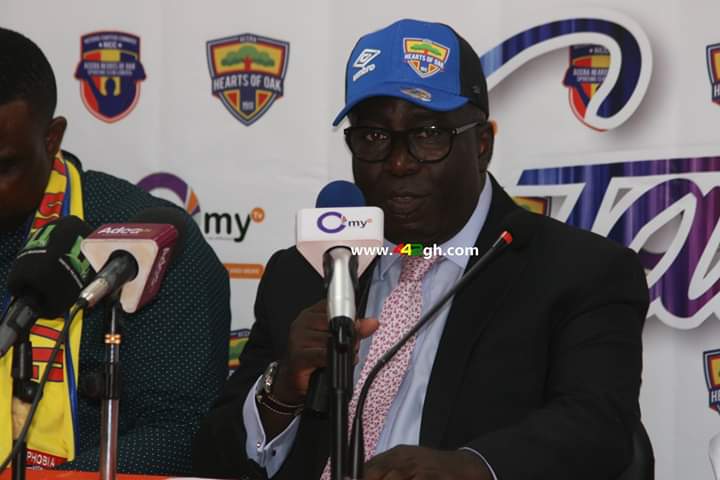 Accra Hearts of Oak managing director Fredrick Moore has denied allegation leveled against him for describing the supporters as uncivilized, uncultured and rude.

The head of administration at the club insist his fruitful private meeting with the supporters leadership has been misinterpreted to cause disaffection for him within the rank and file of the club.

Responding to the allegations leveled against him, Mr Moore told Ghana- Accra Base Station  Angel FM he never used the words that has been attributed to him

“I never used such for the supporters and beside that is not how the private meeting went. What I said has been misinterpreted and I will not talk much”

Mr Moore further inssisted there is a grand agenda by certain individuals to make him unpopular.

The leadership of the Accra Hearts of Oak supporters earlier this week accused their Managing director of using words that described them as uncultured, and have since called for his head at the club.