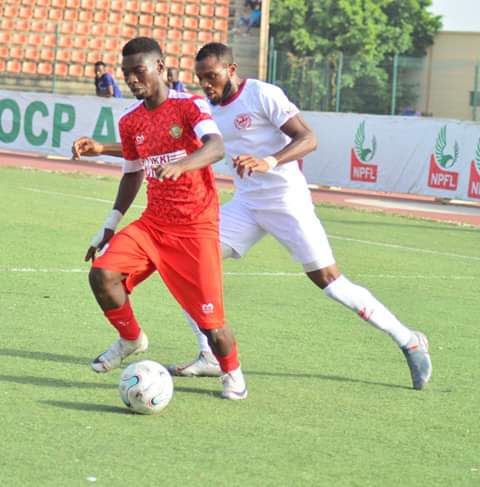 Akwa United struggle in the league continue with another poor performance in Lagos against MFM FC.

Akwa United whom record their first win of the season with a massive 4-0 victory against Adamawa United last Sunday fall 3-0 to MFM at the Agege township Stadium.

Rangers bounce back from their poor performance in the continent as they were forced to 1-1 draw in Gombe.

Goals from Idris Mohammed Guda and Emmanuel Nwokeji earn both teams a point in Gombe.

Rangers International after their back to back defeat to Pyramids FC and Al Masry in the CAF Confederation Cup earn a point in Gombe after taking the lead.

Emmanuel Nwokeji put Rangers in front in front in the 39 minutes before Wikki Tourist equalize from the spot through Idris Mohammed Guda in the 52 minutes.

Rangers remain in the relegation despite the draw with two games in hand while Wikki Tourist maintain their second position.

Rangers next home game will be against League leaders Plateau United in Enugu while Wikki Tourist will visit Struggling Warri Wolves at home.