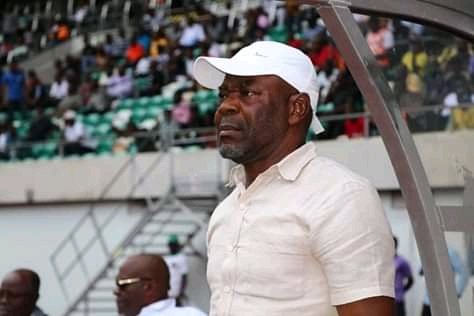 In the aftermath of a disappointing eight match start to the 2019/2020 NPFL season by Akwa United FC, Head Coach of the team John Obuh has resigned his appointment “…with immediate effect “.

In a tersely worded four paragraph resignation letter addressed to the Chairman of the club and dated December 15th, 2019, the experienced coach regretted that his “decision to step aside was as a result of some level of discipline and insubodination by some of the players which has caused the team valuable points since the start of the season “.

Meanwhile the club has accepted the resignation with “mixed feelings”.

In a letter of acceptance, club secretary Comrade Omon Bassey expressed the “gratitude of the chairman, for service rendered to the club during your short stay with us.

“Yes, coaches take responsibility when things go awry, yet we can testify to the professionalism and discipline you brought to bear in the running of the club including your untiring belief in the God factor in the life of this great organisation. We will miss you” the letter stated.

Akwa United wished him well in his future endeavours, “even as we daily strive to restore the confidence of our numerous fans worldwide, especially the government and good people of Akwa Ibom State.

In another development and in a move to restore sanity, the club management has suspended one player indefinitely, while two are undergoing disciplinary related investigation.