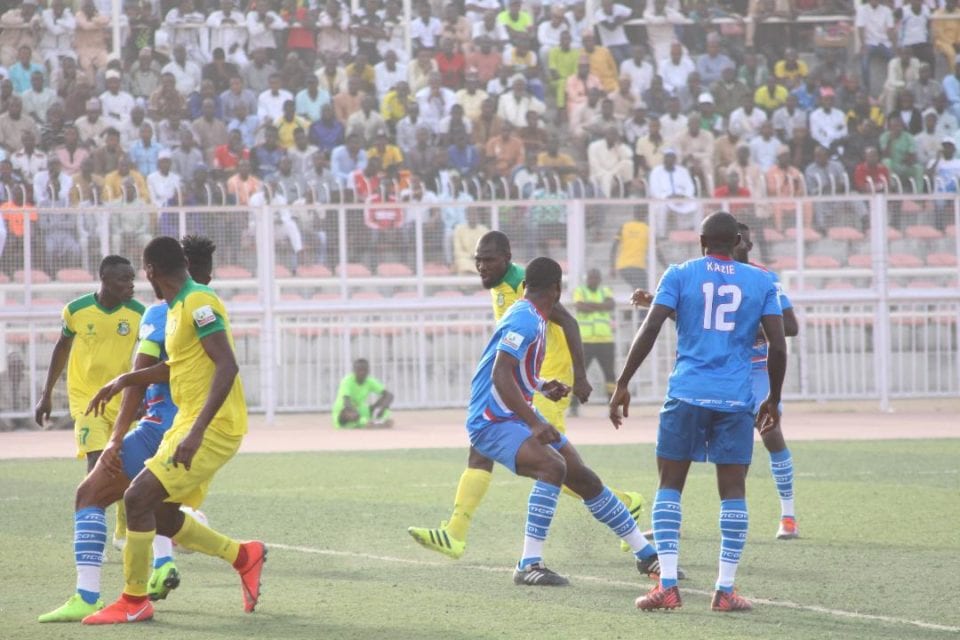 League leaders, Plateau United were ruthless against FC Ifeanyi Ubah at the Jos Olympic stadium to maintain their top position in the log.

Plateau United bounced back from their 1-0 defeat to Heartland FC in Okigwe by trashing FC Ifeanyi Ubah, Abba Umar put the host ahead in the 4th minutes before Nenrot Silas double the lead 11 minutes later.

The Peace boys extend their lead on resumption of second half through Mustapha Ibrahim in 54 minutes while Bernard Ovoke put his name on the score sheet after missing a penalty.

Sunshine Stars find their way into the top of three of the NPFL log with a 3-0 victory against Adamawa United in Gombe.

Leading highest goals scorer, Israel Abia can’t stop scoring as he put the Owena boys ahead a minute to half time break.

The visitors extend their lead with two second half goals from Timileyin Ogunniyi and Sadiq Umar in the 75th and 89th minutes to move into the top 4.

Warri Wolves disappointing start to the season continues with another defeat to Jigawa United in Kano.

The first half goals from the home side condemns Warri Wolves to their third defeat of the season while a brace from Uribe Arit was enough to lift Dakkada FC to second on log as Enyimba dropped down to 6th on the log.

In Port Harcourt, Rivers United bounced from their midweek defeat to Enyimba by beating Katsina United 2-0, Sikiru Alimi 60 minutes goal against Abia Warriors lift Lobi Stars to third on the log while Kwara United test defeat in their first home game this season after the taking over from Delta Force as they were beaten by Heartland FC.