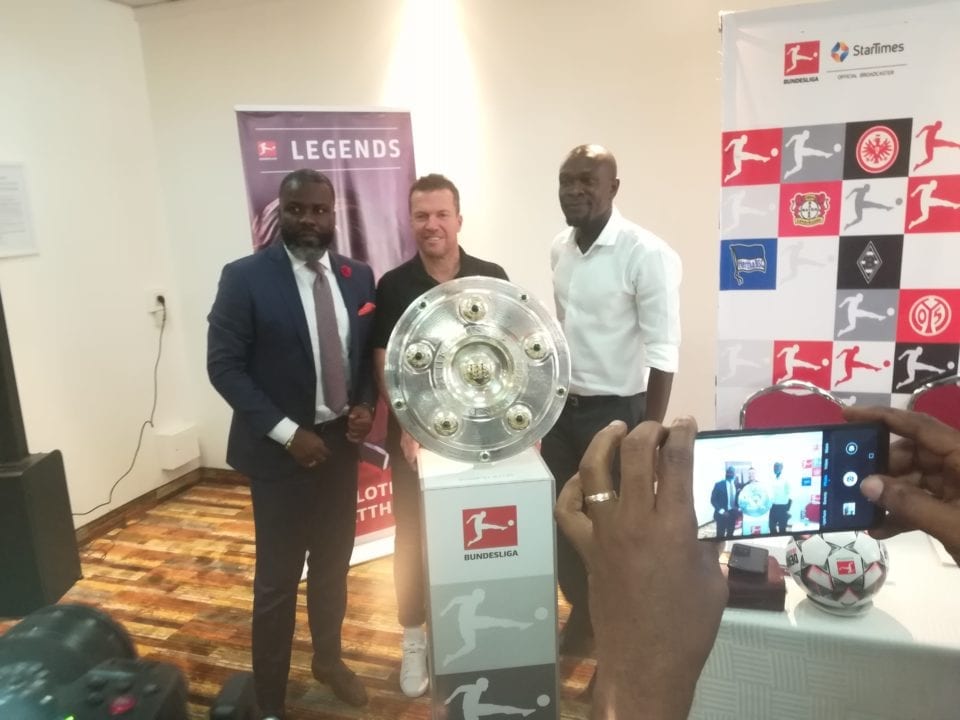 Former Bayern Munich star Samuel Osei Kuffour has questioned the decision of the government to construct artificial football pitches known as astroturfs across the country.

Speaking about ways to nurture the next generation of Ghanaian soccer stars, the former Ghana Football Association Normalisation Committee member said constructing astroturfs is not the best because it leads to increased injury rates among footballers.

The former Ghanaian international added that the synthetic playing surfaces also hinder the technical abilities of young footballers and every professional footballer knows that astroturfs are not ideal.

“Now we have astroturf coming to Ghana. Is it good for our football? For me, I think it’s not the best for our kids, how many of them would get injuries in the Achilles, injury problems everywhere because of astroturf.

Kuffour was puzzled as to why astroturf pitches were springing up across the country at a time when Europeans were shunning the technology in favour of natural grass pitches.

“The technical abilities that the young ones need to train it doesn’t go with the astroturf”.

When probed further by Graphic Online, Kuffour said the best playing surfaces must be provided at youth level in Ghana to ensure that world-class players are produced.

He explained that there are specially designed football boots designed for playing on synthetic surfaces, and these were not being provided to young footballers after the construction of astroturfs in Ghana.

“If we can do better ones (pitches), then we do the better one. How, many young ones would get injured? Because the field doesn’t move you and the people here they don’t even think. That is why the German people stopped using it because the young ones were getting injured every day and how many of the young ones here are going to use the right one to play on the astroturf”.

Kuffour made this known at the Bundesliga Legends Tour Press Conference on Monday in Accra.

Kuffour’s position is backed by multiple scientific researches which have found that as the coefficient of friction increases on synthetic pitches, there is an increase in injuries. This means that the more traction you get on the pitch, the higher the risk of injury.

A research titled:Effect of Changes in Artificial Turf on Sports Injuries in Male University Soccer Players found that after the conversion of a field to artificial turf, there was a significant increase in the incidence of injuries.

However, there was a significant decrease in injuries after the insertion of additional rubber chips to the pitch in 2014.