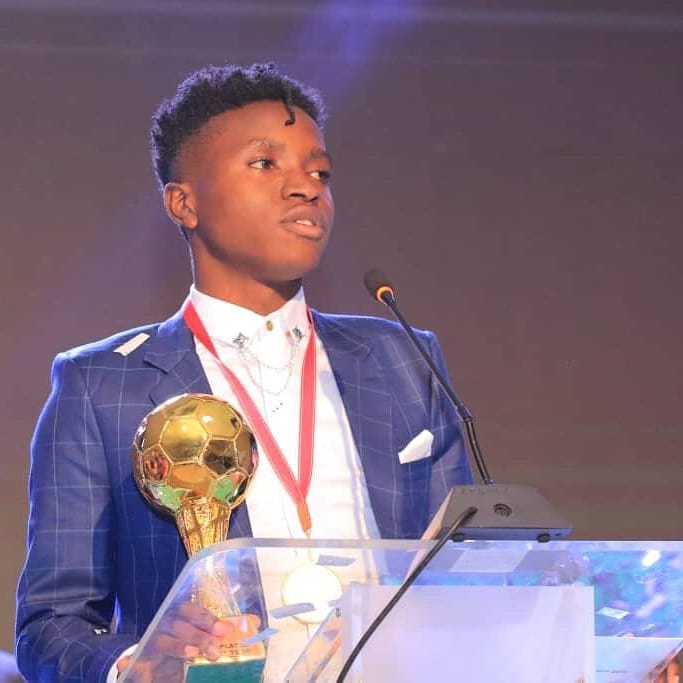 Despite scooping the Most Valuable Player (MVP) award, Kampala Capital City Authority (KCCA FC) forward Allan Okello believes that his footballing journey has just begun and that he still has a lot to do.

The teenage sensational bagged the award when he saw off competition from his club teammate Mustafa Kizza and Bright Anukani of Proline FC.

“It is just the beginning and the struggle continues,” Okello posted on his official facebook page before adding.

“I want to say I felt so nervous, did not say all and enough I wanted to and I think it is not too late yet. I want to thank my KCCA technical staff and administration staff, my fellow teammates at KCCA and the national team.”

“I want to thank coach Mike Mutebi so much for the believe he had not only on me but also on my fellow young players at KCCA and making us what we are today.”

“I also thank coaches from the start at Kibuli to KCCA U17 because you never made me give up and never looked down upon me.”

“My mentor coach Obira Bob you really made us work so hard, you brought me up in this game back from the village in Lira and made us always believe we are the best.”

“Thanks to coaches Sebuyungo Barnabas and Malinga Richard. My wonderful fans of KCCA and the beautiful people of Lango,” he added.

The Uganda Cranes forward who rose through the ranks and featured for both the U20 and U23 national teams attributed part of his success largely to supportive parents.

“And this wonderful day goes out to my late mother [R.I.P], and my lovely father you always supported me through the journey and thank you so much,” he further noted.

Okello who is also with the Cranes for the Cecafa Senior Challenge Cup tournament going on in Kampala also scooped the inaugural 256 Footballer of the Year Award after beating competition from stalwarts such as Denis Onyango, Juma Balinya, Timothy Awany and Patrick Henry Kaddu.