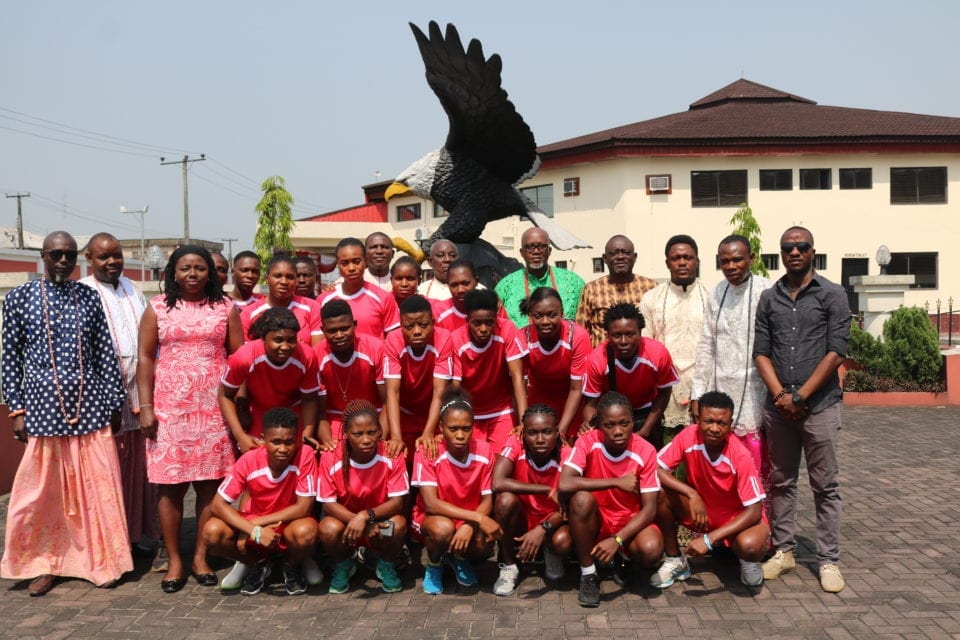 This was announced during the team’s courtesy visit to the Olu Of Warri, His Royal Majesty Ogiame Ikenwoli at his Palace in Warri.

The team made up of the Players, coaching crew and management paid a courtesy visit to the King after a friendly game with the Chiefs from the Warri Kingdom as part of the Olu 4 years coronation anniversary.

The King who was pleased with the team homage prayed for the players and management of the club and also pledged to support the team.

“I’m happy for the visits and you all are welcome, i pray that each and everyone of you will have a successful career and go International”.

“I was told that you have gain promotion to the highest level women football in Nigeria which is a good achievement”. His Royal Said.

The team also did their end of year party at the club camp in Okere Road where awards were presented to best, outstanding and most committed players of the 2018/2019.

The chairman of the club Omatsola Sifo also thanked the players and management of club for ensuring the team gain promotion to the Nigeria Women Premier League.

” I want to give thanks to God specially and everyone that was involved in the team’s Promotion to the Nigeria Women top-flight football”. He said.

” We started this team in January 2019 and they were people who wants to make sure we never make it to where we are”.

“We are here today and we’re moving to greater heights and nobody can stop us”. He concluded.

Royals Queens FC will embark on Christmas and New Year break on 18th of December and resume January 3rd 2020 for the 2019/2020 women football league season.