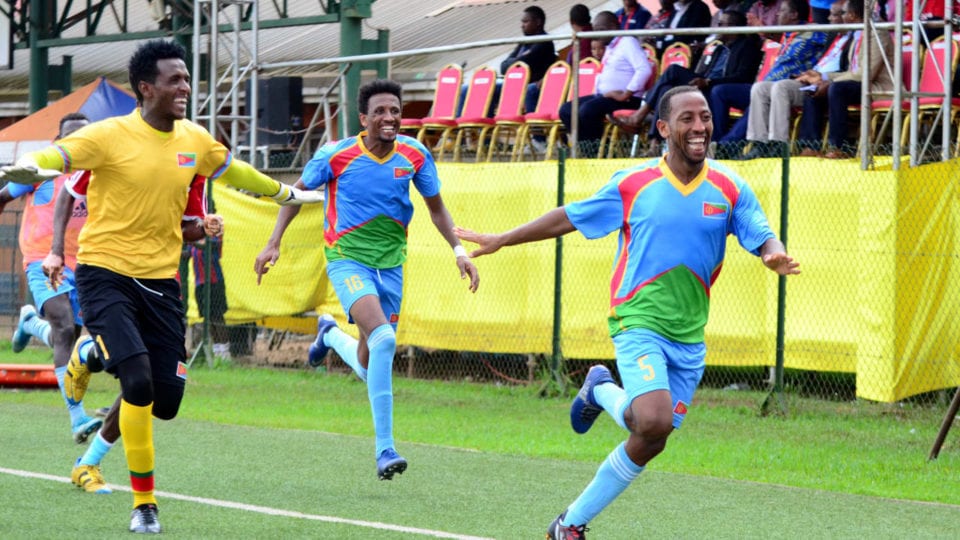 Eritrea made history by qualifying to the final of the Cecafa Senior Challenge Cup for the first time after knocking out defending Champions.

The Red Sea Boys saw off Kenya with a 4-1 in the first semi-final played at the StarTimes Stadium in Lugogo on Tuesday afternoon.

Robel Kidane’s shot deflected off Wamalwa and the ball sailed into the net for the opener in the 19th minute..

The Harambee Stars went down again in the 49th minute after Okbay found the back of the net to shock the defending champions once more, his long-range strike was beyond goalkeeper Odhiambo’s reach.

Kenya responded quick and halved the deficit when Wamalwa’s strike evaded everyone to land into the net.

However, Gebremesqel took just six minutes on the pitch to stretch the lead for Eritrea in the 66th minute to make it 3-1.

Kidane sealed it with the fourth strike for his side in the 75th minute with Kenya completely struggling to deal with Eritrea’s forward surge in the last 20 minutes of the showdown.

Eritrea will face hosts Uganda in the final of the competition which will be played at StarTimes Stadium Lugogo on Thursday while Kenya and Tanzania will face off in the third place playoff.